If you build it, they will come: Black bear dens on Vancouver Island 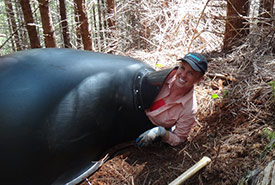 For 26 years, I have been captivated by black bears and where they spend their winters. It all started with my masters of science research project in the Nimpkish Valley on Vancouver Island. I’ve been to lots and lots of dens ― usually in very big, old, hollow old-growth cedars. But surprisingly, after all this time, one of the most exciting things in my career happened just this last winter: a bear spent the winter inside a den I made! 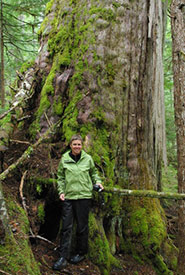 A den in a large yellow cedar tree in the Nimpkish Valley (Photo by R. Weir)

My work in the Nimpkish Valley showed that coastal black bears typically only use cavities in and under very large trees. This is probably because these are the only spots that keep them warm and dry during the cool and wet winter weather we get in coastal BC.

Winter dens are critical to the survival and reproduction of black bears because they use their dens for three to six months. During this time, they don’t eat, drink or go to the bathroom. Females give birth and nurse cubs in the den for a couple of months. I’ve been back to the Nimpkish Valley a few times over the last 26 years and found many of the dens are still being used by the current generations of bears.

Over the last five years, I have been running a project aimed at increasing the number of black bear dens in the Jordan River and Campbell River watersheds on Vancouver Island. I tried to create dens in existing forest structures, like hollow trees and stumps. I also created them in purpose-designed den pods in areas where past forest harvesting has reduced the number of large trees needed by bears for winter den sites. 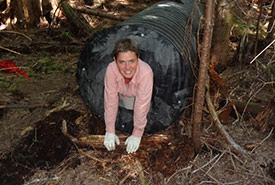 An example of the first artificial dens we made out of plastic culverts (Photo by R. Weir)

I created potential bear dens in large, hollow cedar trees and stumps by cutting a bear-sized entrance into the base of the tree. Stumps were covered to prevent rain and snow from getting inside. In addition to “enhancing” these natural structures, I also installed 13 artificial black bear dens (plastic den pods and culverts) that simulate naturally occurring den structures. I put a bit of plants and bear hair in all the cavities to make it seem more like home to bears when they investigated the structures. 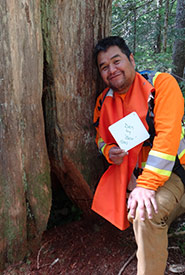 Michael "Bear" Charlie, who helped with field work and did the chainsaw work on the trees and stumps. (Photo by Helen Davis)

Many of the new dens have been monitored with motion-sensitive video cameras since they were created, and I was excited to document the first use of one of the stumps by a bear over this past winter. The project's technician (Ahousaht First Nation member Michael “Bear” Charlie, working for the Pacheedaht First Nation) and I created the den in 2015. The bear that used the den can be seen on video moving and digging inside the den and pulling piles of plants into it to create its nest. I’m guessing the bear was a young male bear due to the date it was creating its nest (the end of November 2017), as females usually enter their dens earlier than that on Vancouver Island.

The Pacheedaht First Nation have been actively involved in installing and creating these dens. They are supportive of the project because black bears figure prominently in their culture. It is their hope that improving and maintaining a supply of dens will support black bear populations.

Unfortunately, black bear dens are not protected by regulation on Vancouver Island or the south coast. I would like to see all bear dens protected by the BC government as Wildlife Habitat Features because they are critical habitat elements!

The project is currently funded by TimberWest Forest Corp and BC Timber Sales. I am hoping to expand the project next year to create more dens in standing hollow trees in other areas of Vancouver Island. 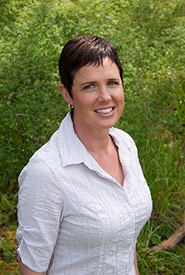