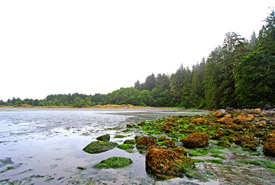 Water flows in the fabric of West Coast culture. For those of us steeped in the maritime life, resisting the pull of the ocean is as futile as trying to still the tides. In my twenties, I experimented with living away from coastal British Columbia, but I couldn’t shake a perpetual feeling of thirstiness and craving for salty ocean air. I returned to Vancouver Island after five years and now live within smelling distance of the sea once again.

With more than 27,000 kilometres of coastline, BC is home to an abundance of marine habitats and ecosystems. For the curious ecologist, the intertidal zones hold the most magic and inspiration. Immersed in seawater at high tide and exposed to wind, rain and sun at low tide, organisms that live in these areas have adapted to the necessities of both land and sea. Some close their shells to protect against harsh conditions, while others attach themselves in place to resist the force of persistent waves. An afternoon exploring tide pools can provide endless discoveries. Sea anemones, barnacles, crabs, sea stars and mussels are just some of the creatures that reside in these ecologically distinct places.

The Nature Conservancy of Canada (NCC) has a long history of protecting and enhancing coastal lands and estuaries in BC. From the culturally and ecologically rich Kumdis Estuary on Haida Gwaii, to the remote inlets on the central coast, to the amazing restoration of the Campbell River estuary, NCC is crucially engaged in the conservation of these harbours of intertidal life. This work has special meaning to a salty girl who has spent almost her entire existence near or on the ocean, and is still spellbound by the tenacity of life that chooses to live with one tentacle in the brine and the other on land. 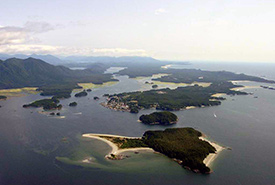 Clayoquot Island, BC (Photo by NCC)

One NCC coastal conservation area that holds a special fascination for me is the Clayoquot Island Preserve, located on the wild West Coast of Vancouver Island. Clayoquot Island enjoys a little-known history of importance in scientific studies. American zoologist Ed Ricketts, one of the first to explore the field of marine ecology, visited BC in 1932, 1945 and 1946. After dropping out of university, Ed became a largely self-taught biologist with an intense passion for studying the West Coast of North America. As he lacked formal credentials, much of the scientific community dismissed his ideas.

He persevered, collecting thousands of species from the Pacific Rim’s intertidal zones and studying them in his lab in California. He spent weeks on Clayoquot Island, writing about the species he found there in his 1939 book Between Pacific Tides (co-written with Jack Calvin). Ed also happened to be best friends with John Steinbeck, who joined Ed on some of his travels and even co-wrote the ecologist’s second book, Sea of Cortez. Readers can meet a fictionalized version of “Doc” Ricketts in novel Cannery Row. 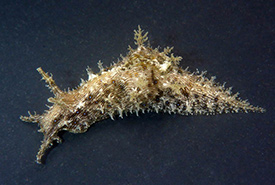 Ed recognized the West Coast’s intertidal life as invaluable to — and indicative of — its overall health and resiliency. As one of the first to study intertidal zones in North America, he put the Pacific coast’s ecosystems on the scientific map. Ed’s legacy lives on in the names of at least 16 intertidal species that bear his name, including various species sea slug, worms, shrimps, sponges and clams.

Today, June 8, is World Oceans Day, a day to celebrate and honour oceans across the globe. The United Nations officially recognized World Oceans Day in 2008. Oceans hold history, stories and myths; fascinating discoveries past and present. Water is a constant across time, language and culture. Let’s take today to celebrate the important research being done on waters around the globe and appreciate the beauty and intricacies of ocean life. 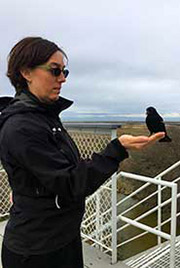 Lesley Marian Neilson works for the BC Region of the Nature Conservancy of Canada as the communications manager.