Reducing light pollution is a simple way to help insects 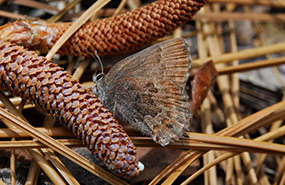 Have you ever noticed moths vigorously flapping around your porch light? Well, they’re probably mistaking it for the moon, according to The Guardian. And sadly, most insects trapped in this cycle are dead by morning, either from exhaustion or from predators. This is just one example of how artificial light can impact insects.

And they have enough on their plate as it is. We’re losing insects at an unprecedented rate. Their diversity is slowly fading away right in front of our very eyes. More than 40 per cent of the world’s population is in decline while a third of insect species may be threatened with extinction. Their extinction rate is eight times faster than that of mammals, reptiles and birds. Many scientists are referring to this as the insect apocalypse.

Why is this happening?

The main culprits are pesticides, habitat loss, invasive species and our climate crisis. However, a recent study published in Biological Conservation found a fifth contributor that is often overlooked: light pollution. Referred to as artificial light at night (ALAN), the study found that ALAN interferes with daily insect life. From streetlights, vehicle headlights and even lighting used to suppress insect abundance on farms, human-created lighting causes many issues for insects and can even impact their behaviour. Broken down into five categories, here are a few examples from the study:

Insects continue to adapt on certain levels to anthropogenic changes, like habitat loss, pesticides, warming climate and invasive species. However, they have never had any evolutionary reason to adapt to ALAN as lunar, seasonal and daily light and dark cycles have remained constant, according to the study.

How will the decline of insects impact humans? 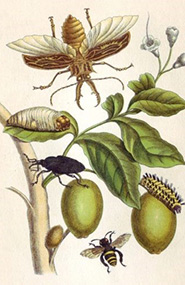 Insects are at the heart of our ecosystems. They are the unsung heroes found below our footsteps. With 17 times more insects on Earth than humans, they are vital for soil health, as the biodiverse systems they are a part of contribute to nutrient cycling, decomposition, nourishment (i.e. food) and biochemical resources (i.e. antibiotics). They also provide important ecosystem services like pollination, pest control and the recycling of organic matter (i.e. compost), which are vital for agriculture. They are also help ensure the health of terrestrial and freshwater food webs, as many animals, including bats, rely on moths and other insects as an important food source.

But there is some good news. Unlike our current climate crisis and other unprecedented issues our world is facing, there are relatively easy and tangible solutions.

A great place to start is turning off unnecessary lights at night. This simple act will quite literally remove this threat. However, we still need to maintain light safety for humans during the evenings and overnight, which is why the authors from the report suggest we use lighting more thoughtfully. For example, we can use motion-activated lights around our dwellings or use shading lights to illuminate only specific areas. We can also use amber or red lights instead of blue-white lights, as these colours are less impactful on insects. And finally, LED lights are a great replacement for regular bulbs as colour and flicker can be adjusted. A larger step, however, would be a national light-reduction strategy or target.