Moths: Amazing, beautiful, important and in need of study 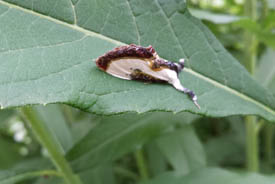 Moths are amazing creatures that are only beginning to receive attention from naturalists.

Many people have difficulties determining the difference between moths and butterflies. They can be similar looking, as they both have scales that cover their wings and bodies.

But there are several easy ways to distinguish them:

Guide books about moth identification makes them easier to identify.

Why moths are important and why you should care about them

Many people see the value of birds, plants and animals but think less of the role of insects such as moths.

In the United States and Canada, there are around 12,000 moth species,  which is more than 10 times as many species as birds. Moths are some of the most diverse and successful organisms on Earth, with an amazing diversity of colours and patterns. Some, like the wood nymph moth shown in the photo above, are patterned to look like a bird dropping in order to avoid predation.

Moths are a major part of our biodiversity and play vital roles in the ecosystem, affecting many other types of wildlife. Adult moths and their caterpillars are important food for a wide variety of wildlife, including other insects, spiders, frogs, toads, bats and birds. In fact, moths make up a major part of the diet of bats.

Moths pollinate flowers while feeding on their nectar, and therefore help in seed production. This includes wild plants, garden plants and food crops.

Moreover, moths play a vital role in telling us about the health of our environment. They are widespread, found in many different habitats and sensitive to change. Monitoring their numbers and ranges can provide clues to changes in our own environment due to pesticides, air pollution and climate change.

And that's not all: moths have fascinating life-cycles. The species’ transformation from egg to caterpillar to chrysalis is one example that teaches our children about the wonders of nature.

How to discover moths?

As opposed to many plant, birds and animal species that are well documented, insects (specifically moths) are less known. However, finding moths can be as simple as leaving a porch light on and checking it after dark. After observing the moths, be sure to switch your lights off and give them a chance to adapt to natural lighting or they may be eaten by birds in the morning. There are numerous websites to help identify these moths, many of which provide interactive maps to help you filter the results. Some of my favourite sites include:

There are two distinct groups of moths. The small size of the micro-moths makes it harder to identify their distinctive markings. The macro-moths are larger and generally more easily identified. Ontario is home to approximately 1,300 macro-moth species; more than any other province in Canada.

As part of inventories on Nature Conservancy of Canada (NCC) properties in Ontario, an insect expert from the organization Canadian National Collection of insects, arachnids and nematodes conducted a survey for moths across Ontario in 2015, including an NCC property on the Rice Lake Plains in Central Ontario. He noted that the property contained unique moths and that the Rice Lake Plains will prove to be an important core area for provincially (and nationally) significant moths. Moth counts have been conducted on NCC properties in the Carden Alvar and the Rice Lake Plains Partnership has hosted observation sessions on the Hazel Bird Nature Reserve over the years. Protecting habitat, and maintaining native plant diversity while minimizing the spread of invasive, non-native plants, is part of the work that NCC does to maintain habitat for moths. 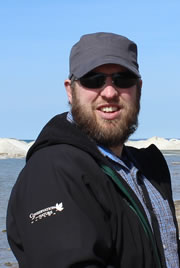