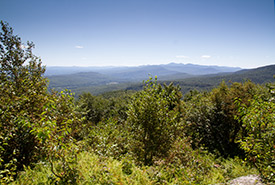 Have you ever crossed the Canada–U.S. border by land? If so, you’ve probably noticed that the transition from one country to the other is almost seamless, not counting the mandatory stop at the customs office. I have vivid memories of travelling to the U.S. from my home province of Quebec, driving through the Green Mountains and thinking that nature doesn’t comply with our borders.

Many of Canada’s largest forests, mountain ranges and lakes extend well into the U.S., along with the habitats of species living in these areas. Nature knows no borders, and neither should conservation. To successfully safeguard North America’s immense biodiversity, protection efforts at a landscape-level are essential. This is what cross-border conservation aims to accomplish.

From an outsider’s perspective, Canada might seem like a never-ending spread of wilderness, but there are significant barriers to the free movement of our species.

The lack of undeveloped areas along Canada’s southern border — where most Canadians live — poses a serious threat to the movement of migratory birds, mammals and fish that rely on migration for survival. As climate change continues and species shift northward to meet their vital needs, connectivity becomes increasingly important. 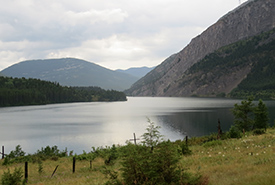 Cross-border conservation initiatives are an essential part of climate change adaptation. NCC works with many partners to protect lands that help conserve untouched landscapes, such as the Jim Prentice Wildlife Corridor in Alberta. This initiative is located in Crowsnest Pass and aims to conserve land parcels that are critical to the creation of a north-to-south crossing structure across Highway 3 and its adjacent railway line. With this structure, many mammals and migratory birds will be able to roam freely and securely through the Rocky Mountains in Canada and the U.S.

In Quebec, NCC is currently working on the Ecological Corridors project. Focusing on habitat connectivity in southern Quebec, this collaborative effort targets important corridors in many regions, including the Laurentians, Montreal’s Greenbelt and Chaudière-Appalaches. These corridors represent important ecological links to other natural areas in New York state, New Hampshire, Vermont and Maine.

Donating to conservation in Canada as a U.S. taxpayer 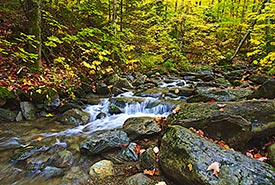 Since the U.S. directly benefits from conservation work done in Canada, American taxpayers are encouraged to support this cross-border vision. When donating to the American Friends of Canadian Nature (AFCN) — a U.S. charity that supports land conservation in Canada — U.S. donors can receive a tax deduction letter. Donations made to AFCN provide funding to Canadian non-profits, such as NCC, for priority conservation projects.

A donation to AFCN is a gift that keeps on giving. Through the North American Wetlands Conservation Act, U.S. non-federal donations can be matched by government funding. In other words, each U.S. dollar donated to AFCN can leverage up to $4 for conservation in Canada, thanks to partnerships with the U.S. Fish and Wildlife Service and various Canadian conservation organizations. Generous donations have allowed us to accomplish great things, but work still needs to be done. For more information about how to donate as a U.S. taxpayer, visit americanfriendscanadiannature.org. 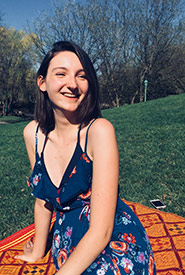 Justine Coutu was an NCC communications intern based out of Montreal.