Read with NCC this summer 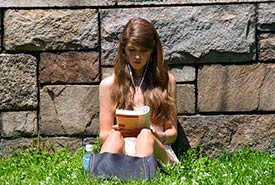 You’re probably thinking that a summer reading list must contain light, beachy books. This list is different: there are no protagonists trying to fit their dream wedding dress into an overstuffed closet or to solve a murder in the English countryside. The Nature Conservancy of Canada’s (NCC’s) summer reading list is meant to get you thinking about nature and the environment while enjoying nature, wherever you are.

Comprised of mostly non-fiction, with one novel and one reconstructed history, there should be something in this list for every reading style. Note that I haven’t read all the selections, but I have turned to user reviews from the website Goodreads to round out the post. Let me know what you think by commenting at the bottom of the post or tell us about it in social media with the hashtag #readwithNCC.

Silent Spring at 50: The False Cries of Rachel Carson, by Roger Meiners

I first learned about Silent Spring as the book that, upon its publication in 1962, basically launched the North American environmental movement. In it, Carson laments a spring during which there were no birds to sing. However, while researching I found some modern criticisms of the author’s theories and its “problematic” legacy, including some highlighted in Silent Spring at 50, like controversy over DDT and theories of nature itself. Silent Spring Revisited details the environmental movement since the book’s publication, with a more positive take on the original’s results.

A follow-up to the author’s popular Last Child in the Woods, in which he coined the term “nature-deficit disorder,” this book received universally effusive reviews on Goodreads, with especially high praise for the practicality of the tips on how to enjoy nature and share it with your children or the community at large, including ideas for urban areas.

Song of the Dodo: Island Biogeography in the Age of Extinctions, by David Quanmen

One Goodreads reviewer describes this book as “weighty,” but it received a fairly high rating (4.26 stars out of 5), so I include it, even though the word “biogeography” is very intimidating. The author raises the importance of island species because, he argues, human activity is making all of nature into virtual islands, isolated from each other. The author’s passion was evident in the reviews and the book ends with hope, thank goodness.

The Rarest of the Rare: Vanishing Animals, Timeless Worlds, by Diane Ackerman

The publisher’s description call this book “a rapturous celebration of other species that is also a warning to our own.” The author’s writing got mixed reviews on Goodreads, with some praising it as lyrical and passionate, and some denouncing it as flowery and metaphorical. Nonetheless it was rated 4 out of 5 stars by Goodreads users and the introduction received especially strong recommendations.

Back to the Well: Rethinking the Future of Water, by Marq de Villiers

The publisher’s description calls this book ”refreshing,” and while I don’t usually take publishers at their word I couldn’t resist repeating a relevant pun. De Villiers addresses issues becoming even more urgent with the pressures of climate change, water contamination and a growing population. In an interview de Villiers notes that “solutions can be found at the intersection of technological invention and the conservationist ethic”; a refreshingly optimistic call to action.

The Discovery of Jeanne Baret, by Glynis Ridley

An engrossing tale of a young French woman in the late 1700s thought to be the first woman to circumnavigate the globe — presenting herself as a man who is assistant to the ship’s naturalist, her married lover. Most of the book is based on historical record, and some is conjecture due to gaps in available sources. Overall however the author is clear is where speculation grows from fact, and the story is a fascinating recounting of Baret’s uncredited contributions to botany.

The most lighthearted book of the bunch, I fell for the many quirky characters in the novel set partly in Toronto’s ravines, teeming with life. The central trio of characters is made up of a federal wildlife officer, an auto-wrecker with a secret hobby and a homeless young woman who rescues birds after window-strikes. A raccoon, a coyote and numerous birds are just as important to the story as the humans, as they all wrestle with interspecies conflict 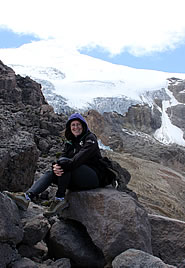