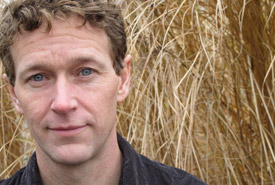 In 2005, JB MacKinnon and his partner Alisa Smith embarked on a year long journey to feed themselves exclusively from locally-sourced foods. Their experiment gave birth to the 100 Mile Diet concept, which was popularized in their book that chronicled the trials and tribulations of surviving on foods produced within, you guessed it, 100 miles of their hometown of Vancouver. At the centre of their book is the question of how we can live sustainably on the small corner of the world in which we actually live.

MacKinnon’s newest book tackles our relationship with the natural world from another angle. The Once and Future World: Nature As It Was, As It Is, As It Could Be re-imagines nature and shows that in restoring the living world, we are also restoring ourselves.

MacKinnon proposes the idea of rewilding — to bring wildness back into all spaces of the planet in whatever ways that we can. Rewilding, MacKinnon suggests, means to support nature’s potential — its capacity to sustain an abundance and variety of life.

To further explore the ideas in his book, MacKinnon partnered with the Museum of Vancouver to guest-curate an exhibition called Rewilding Vancouver. The exhibition uses taxidermy specimens, 3-D models, soundscapes, videos and photo interventions to challenge viewers’ assumptions about what is natural to Vancouver. (The exhibition runs until September 1, 2014 and is presented by the Pacific Salmon Foundation.)

The Nature Conservancy of Canada (NCC) is excited to co-present a Conservation Speakers Series talk by JB MacKinnon at the Museum of Vancouver on Friday, April 11. Find out more about this event >

Recently, Lesley Marian Neilson, NCC’s communications manager in BC, spoke with MacKinnon about some of the ideas that he raises in The Once and Future World. What follows is part two of a two-part interview (read part one here).

LMN: How do you explain the idea of rewilding?

LMN: Who decides what is wild?

JM: First you need a definition of wildness, which I probably should have realized before I finished the book! For me the definition of wildness — which I have been pushed to think about harder since I wrote the book — is that it is the capacity of other species to live out their lifecycles without direct human intervention. That means you can have more or less wildness. Wildness can be relational to wilderness, but it doesn’t have to be. It can exist in the city, in the country and in the wilderness.

LMN: Can wildness bridge the gap that we have between the city park and the mountains that few people go into?

JM: That is the space where I think we have the greatest opportunity on the planet right now. It’s still critically important to protect the last best places that are in the wildest possible state, or that have the greatest ecological integrity. But there is vastly more territory across the planet that has been deeply transformed by human action. The humanized landscape is the greatest field for rebuilding a wilder, more ecologically whole world.

LMN: In The Once and Future World you refer to biodiversity a highly specialized term. Where does that come from, and how can we talk about biodiversity in a way that doesn’t alienate people because it is such an unwieldy term?

JM: I just talk about the living world, the variety of life, the variety of species, the community of species. Those are the kinds of terms I try to use. We have a situation where only a minority of people are paying the kind of attention to nature that is necessary to have a strong relationship with the natural world. And a lot of these people are scientists. So science is generating a lot of the language that we use to talk about our relationship to the natural world. Unfortunately science is not a language that reminds us that we are integrated with the natural world.

LMN: There is a long-standing debate in the conservation world between those who feel that nature should be protected for its intrinsic value — nature for nature’s sake — and others who prefer to frame conservation in terms of our reliance on the natural world, whether for economic or health or security reasons. What are your thoughts about this debate?

JM: There’s the possibility to make both of those arguments one in the same. To me that would be the most fruitful direction in which to head.

I’m equally concerned by framing nature for human uses. Nature is beneficial for us in many, many ways — essential in fact — but the avenue I worry about most is when we try to dollarize, monetize or quantify in economic terms ecological values. I’m a strong believer of that old line that the economy is a wholly owned subsidiary of the ecology. So you can’t value ecology in economic terms because the economy is subordinate to the ecology.

LMN: In the acknowledgements you mention that the writing of this book took you through the shadows. What were those shadows and how did you come out the other side?

JM: I say in the book that there was a point when I started to feel like I was just stacking skulls in a crypt. This feeling comes from digging into the descriptions of the natural world in the past and realizing there is so much that has been lost. And realizing that there’s no opportunity anywhere on Earth to have experiences like the ones described by the first people recording them. That’s unquestionably heavy.

But once you have that knowledge you look at the world with a different eye. Towards the end of the book I talk about a trip I took to Yellowstone. As I drove there from Vancouver — about 15 hours of driving — I was cognizant of the fact that I was moving across almost half the continent and I wasn’t seeing any living thing. I didn’t see any animal bigger than a heron or an eagle. I was driving almost constantly through landscapes that I was now aware were almost entirely transformed and degraded in significant ways. It’s kind of shocking to end up looking at the world through those eyes.

On the other hand, it can be really inspiring. I enjoyed spending my time lost in those descriptions of the past. I also felt some relief because I’ve always looked around in nature and always felt that it was curiously empty but I was never sure why. Then I did this research and realized it’s empty because it has been emptied. There is great inspiration in understanding what the natural world can be.

LMN:  And to see how quickly a place can become wild again.

JM: It’s amazing. There’s is a recent example here in Vancouver where people went out and wrapped creosote pylons with a non-toxic fabric and then instantly we had a successful herring spawn. A month later we had orcas chasing dolphins into False Creek, and a year later a grey whale swam into English Bay, possibly chasing herring. It’s incredible what sometimes can be accomplished with such a slight shift in approach. It doesn’t always work that way, unfortunately. But it certainly is often the case.

During the writing of the book I went to Hanauma  Bay in Hawaii. The area is open to the public six days a week, and a marine biologist I was talking to said that on the seventh day there are twice as many fish and they are twice as big. So just giving the fish this one day where the human presence is reduced to a minimum, the natural world makes use of that. We don’t have to give back too much to really see a real turn around. 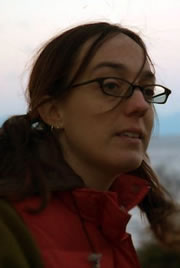