The birds and the beans 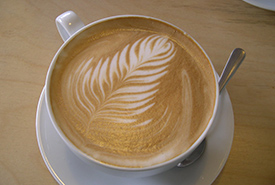 October 1 marks International Coffee Day, a day that celebrates and recognizes the millions of people across the globe who work hard to create and serve the warm, blissful beverage that we all know and love — especially in the morning. From farmers to roasters, baristas and coffee shop owners, plenty of people contribute to your morning cup of Joe. But there are also animals to thank!

Take the Tennessee warbler, for instance. Sometimes called the “coffee warbler,” this species migrates between the Canadian boreal forest and the tropical forests of Mexico, Central America and South America, often over-wintering in coffee plantations. These birds form large flocks and are very abundant around shade trees, specifically Inga trees, as the nectar from Inga flowers is an important food source for these birds. 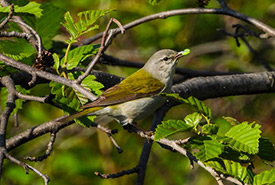 Using finely woven nets to prevent animals from pollinating the flowers on the coffee trees, this experiment showed that the plants that had been accessed by birds and bats had a 10 per cent higher fruit yield. By providing pest control, the animals’ presence also reduced leaf damage and the number of coffee cherries lost during ripening. Results also showed that the coffee blossoms accessed by bees and other insects were seven per cent heavier, contributing to a higher coffee quality. This study revealed that birds, bats and bees offer a valuable contribution to coffee cultivation by providing more and higher quality cherries.

Birds, bats and bees result in a better coffee harvest, and you can lend a helping wing, too. When you see birds migrating in the fall, they may be heading to the coffee plantation where your beans are harvested. By supporting local conservation groups like the Nature Conservancy of Canada (NCC), you can protect habitat where birds nest in Canada during their summers. Other Canadian birds that winter in shade-grown coffee plantations include Canada warbler, Wilson’s warbler and yellow warbler. 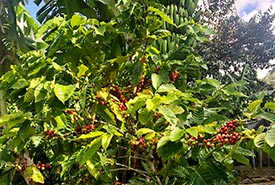 When buying coffee, keep an eye out for the Bird Friendly certification. Bird-friendly coffee grows underneath shade trees that provide tropical forest habitat for dozens of species of Canada’s migratory songbirds.

So, the next time you find yourself enjoying your morning cup of coffee outside, alongside chirping birds, make sure to thank them for their caffeinated contribution. 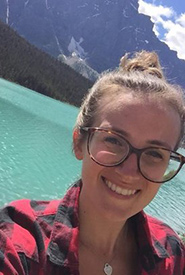 Jessica Panetta is the national media relations manager with the Nature Conservancy of Canada.