The legend of the blue pike: An endangered species tale 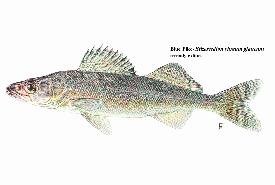 Species have come and gone for millennia, but the stories of those species that met their demise due to human activity have an especially strong emotional impact in the field of wildlife conservation. Such is the case concerning the legendary blue pike; a true-life fish tale that demonstrates the profound impact wildlife can have on human history and memory.

The blue pike was a subspecies of walleye, among the most iconic of Great Lakes game fish. Blue pike were endemic to Lakes Erie and Ontario, as well as to the Niagara River. They resembled walleye in most respects but were smaller (maxing out at about eight pounds, compared to the walleye’s 25 pounds) and displayed a blue colouring that gave them their name.

Up until the mid-20th century, blue pike were prized for their meat and sport anglers told tales of the spry little fish’s fighting abilities. Between 1885 and 1962, commercial fisheries hauled over a billion pounds of blue pike from Lakes Erie and Ontario, with Lake Erie alone providing annual harvests of 20 million pounds of the fish during good years. 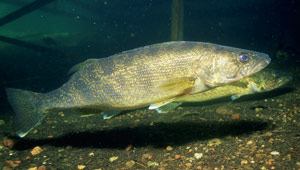 The 1950s were the peak harvesting era for blue pike; the annual catch in Canadian and U.S. ports between 1950-1957 ranged from 2 million to 26 million pounds. For many years, battered and fried blue pike were popular menu items in taverns and restaurants from Michigan to Ontario, and food companies sold frozen fillets at fish markets.

Extensive commercial fishing, combined with pollution and hybridization with walleye, decimated the Great Lakes’ blue pike populations. By 1959 annual catch numbers had dipped to 79,000 pounds. By the early 1960s, anglers rarely caught a glimpse of the once-plentiful fish in either Canadian or U.S. waters.

The Government of Canada’s Species at Risk Public Registry notes the last blue pike was caught in 1965. In 1975, the U.S. Fish and Wildlife Service declared the species extinct.

The Government of Canada notes the last blue pike was caught in '65. In '75, the US Fish and Wildlife Service declared it extinct. (Tweet this!)

In the decades since the blue pike’s extinction, Great Lakes residents on both sides of the border memorialized the fish into legend. You can find a collection of essays titled Lore and Legend of the Blue Pike on Amazon.com, and a reverential folk song about the fish still exists on the internet:

"I’ll sing you a song of the lakes ‘round the bout, with their perch and their walleye, their steelhead and trout. But of all the sport fish you may fondly recall, sure the darling blue pike was the queen of them all,” the song goes. 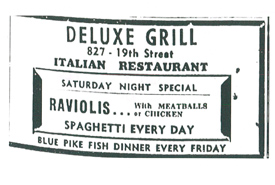 Memories of the blue pike spurred passionate initiatives to bring the fish back. In 1999, the New York Times reported the story of Conneaut, Ohio angler Jim Anthony, who claimed to have caught a blue pike in 1962 and preserved it in his freezer for 37 years.

In 1999, the NY Times reported a story on someone claiming to catch a blue pike and preserving it in a freezer for 37 years! (Tweet this!)

“It's hard for me to explain,” Anthony said, “but that blue pike meant a lot to me.” The old fisherman donated his frozen specimen to Carol Stepien, an ichthyologist at Case Western Reserve University, in hopes that its DNA could help bring the blue pike back to life.

In a strange turn of events, Stepien, now at the University of Toledo’s Lake Erie Center, reported in a 2014 article that after years of study, she found no genetic differences between preserved blue pike and walleye specimens. It turns out that the blue pike never really existed as an actual subspecies.

Scientist Carol Stepien reported after years of study she found no genetic differences between blue pike and walleye specimens. (Tweet this!)

This revelation will likely have little effect on the people who enshrined the blue pike into Great Lakes lore. The legend of the blue pike demonstrates how wildlife inspires real passions in people. This fish wove its way into the fabric of communities and local cultures in two countries, and its demise inspired later conservation efforts that recognized the delicate relationship between humans and the natural environment.

Thus, while the blue pike did not exist in one sense, it was a very real part of people’s lives. As Jim Anthony stated, “that blue pike meant a lot to me.” This spirit should underlie all conservation efforts. 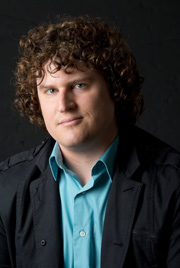