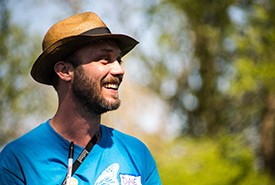 A bioblitz is a biodiversity snapshot: an intensive survey of all living things in a given area within a set time, usually within the span of 24 hours.

Biologist E.O. Wilson helped make the concept mainstream in 1999 when he suggested that citizen scientists join the effort and work alongside experts to inventory global biodiversity. Bioblitz events occur across the planet with some notable programs in the United States (via National Geographic) and the UK (via the Bristol Natural History Consortium).

The Ontario BioBlitz Program emerged out of a partnership between the Royal Ontario Museum and the Toronto Zoo in 2011. The goal was to build a provincial, even national, network of bioblitzers — expert and novice naturalists — working together to raise awareness of biodiversity and to survey life across our lands and waters.

In the spring of 2012 the first Ontario BioBlitz Program event occurred in what is now Rouge National Urban Park. We partnered with Parks Canada, the Toronto Region Conservation Authority, Ontario Nature, the Biodiversity Institute of Ontario as well as the Rouge Valley Conservation Centre, who hosted the event.

It was a huge success, with over 225 participants and 1,440 species found — we were on to something. In 2013 we did it again, but doubled our volunteer numbers and set a world record for total species counted: 1,791 including 146 spiders, 498 insects and almost 600 plants!

Some of these species had never been documented before in the Toronto area, and provided hundreds of new records for Rouge Park.

The Ontario BioBlitz Program grew once more in 2014, and now includes partners from the Canadian Wildlife Federation and the Nature Conservancy of Canada (NCC). Moreover, there are now ten sponsored Ontario BioBlitz events happening outside the Greater Toronto Area — from the Ojibway Prairie in Windsor to the shores of Lake Huron at Goderich, as well as several blitzes in the Ottawa Valley.

The main event in 2014 occurred in the Humber River watershed between May 24 and 25 with base camps at the McMichael Canadian Art Collection and the Kortright Centre for Conservation. Taxonomic experts from across the province worked around the clock to identify plant, animal and fungi species across 13 private and public sites in the watershed. NCC was an instrumental partner in this effort.

NCC Central Ontario Program Manager Mark Stabb joined the Ontario BioBlitz Program steering committee, and made land parcels available to the blitz that would prove to hold some extraordinary biodiversity.

Among the 1,563 organisms recorded during the weekend, there were a handful of rare finds. The teams focusing on birds identified 121 species, including:

Birds were not the only endangered life found in the Humber River Valley. Herpetofauna (amphibians and reptiles) species included eastern milksnake (Lampropeltis triangulum) and northern map turtle (Graptemys geographica), both species of special concern. Our plant team also identified one species of lichen that is federally listed as endangered.

Arachnid observations were also remarkable. Very little is known about spiders, and bioblitzes across the globe are helping scientists better understand their distribution and abundance.

The spider checklist in the Rouge Urban National Park now surpasses 180 species. In the Humber River watershed our taxonomic experts identified 109 different kinds of spider, including one documented for the first time in Canada during the Humber Blitz (Pholcus opilionoides) and one that put a scare into local land managers and some blitzers: northern black widow (Latrodectus variolus). Like its southern cousin, it can deliver quite a potent bite if threatened. You can read more about spiders of the Humber watershed here.

The Ontario BioBlitz Program is so much more than inventorying species; it is also about public engagement. We ran a number of taxon-specific “Guided Blitzes” that allowed novices to follow experts and learn how to identify plants, animals and fungi and get a sense of the biodiversity in their own backyard.

We had an amazing turnout of families with kids eager to learn about the bugs, birds and beasts of the Humber watershed. We had the opportunity to not only teach people how to identify flora and fauna, but also to impress on them the importance of biodiversity.

The Ontario BioBlitz Program is set to grow again. We’re all very excited for the 2015 events, and over the coming months, exploratory meetings for a “BioBlitz Canada” program are planned. The main Ontario event in 2015 will take place in the Don Valley watershed in July, and will complement programs offered during the Pan Am Games. Registration and details will be available this fall.

The 2016 event will occur in the Credit River watershed, and the team will return once more to the Rouge Urban National Park in 2017 to commemorate the sesquicentennial of our great nation.

By 2017, our plan is to have community-run bioblitzes in every corner of Canada — from all 44 national parks, to marine reserves and mountain peaks!

If you or your organization are interested in joining our growing team of partners and volunteers, please get in touch with us — partnerships and a passion for biodiversity in Canada are the forces that will drive this program forward.

Click images below to see larger size and expanded captions 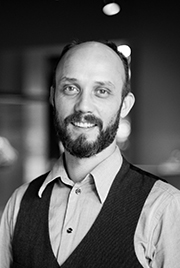 Dave Ireland is a highly sought-after speaker and educator with over 17 years experience studying, conducting research, teaching and working in conservation biology and ecology.