The clock is counting down: It’s time to have a tick talk 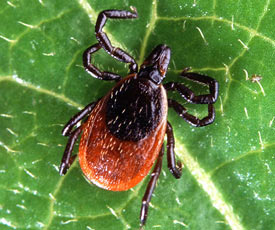 Whenever I hike with my non-naturalist friends, I give them the usual safety spiel: wear long sleeves and long pants, stay hydrated, watch for poison ivy and nettles, and bring along some bug spray. But, as of late, I find myself adding a fifth element to this pre-hike chat: beware of the blood-thirsty, Lyme disease-bearing, blacklegged tick (also known as the deer tick). This is when my friends grow wary, wide-eyed and begin to question our plans for a fun excursion outdoors.

To be fair, I’d probably react similarly to ticks and Lyme disease if I didn’t work outdoors, and, to be honest, I still do react that way to some degree. But are these reactions rational? Should we fear going into the forest or wear hazmat suits when hikes and field-work duties call?

At least our understanding of this nasty disease has come a long way. Let’s turn back the clock to the 1970s, when the cause of Lyme disease, and even the disease itself, was a mystery. Why were so many children in Old Lyme, Connecticut, coming to doctors with debilitating health issues, like swollen knees, rashes, paralysis and severe, chronic fatigue? In 1975, a consensus among doctors was finally reached to diagnose these as being symptoms of “Lyme disease,” named after the town from which many of these cases originated. However, it wasn’t until 1981 that Dr. Wilhelm Burgdorfer found that the cause of the disease was a bacterium carried by ticks. The bacterium was named Borrelia burgdorferi in his honour, and the years that followed brought about new and successful antibiotic treatments for patients.

Fast forward to today, where Lyme disease has become a major health issue in many parts of Canada and the United States. According to the Centres for Disease Control, in 2012 the disease became one of the Top Ten Notifiable Diseases in the U.S. The Public Health Agency of Canada reported 2,025 cases in 2017, up from only 144 in 2009.

According to the Centres for Disease Control, climate change is causing the habitat ranges of ticks to expand and the peak season of tick activity to become longer, increasing the risk of encounters with humans and pets. As well, the media is increasingly sharing horror stories and warnings about ticks, leading the public, including my friends, to become wary of stepping foot into their backyards. This is not helped by the increasing occurrence of other tick-borne diseases, including Rocky Mountain spotted fever and a syndrome that can lead to permanent allergies to red meat.

How to protect yourself from ticks 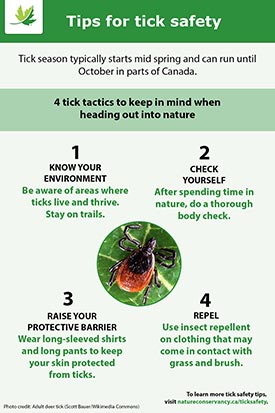 So, what should you do to protect yourself from ticks and associated diseases if you are planning an excursion outdoors? Here’s some good news: there are quite a few measures you can take to prevent ticks from attaching themselves to your skin in the first place. These include wearing Permethrin-infused hiking clothing, spraying yourself with tick repellant, tucking your pants into your socks and your shirt into your pants and checking yourself thoroughly for ticks after an outdoor excursion.

And if you do find a tick attached to your skin? Fear not. With a set of tweezers or a tick removal key, pull the embedded tick out by its mouthparts; that is, as close to your skin as possible. Then, place the tick into a container (without holes!) and thoroughly wash the area where you were bitten with soap and water, as well as the tweezers and your hands.

Next, bring the tick with you to your local health unit. They will send it in for Lyme disease testing and report the incident. Your doctor may prescribe antibiotics to take as a precaution within 72 hours of the bite.

Are you still squirming (perhaps even more now) when thinking about ticks? We definitely should not take ticks and Lyme disease lightly. But does this also mean that we should avoid the outdoors altogether? Absolutely not (and you can leave your hazmat suit behind as well)!

Current research suggests that spending time in nature provides us with physical and mental health benefits. In fact, a recent survey commissioned by NCC found that 87 per cent of participants felt healthier and happier after engaging with nature.

Speaking from personal experience, those frightened friends of mine all had a great time during our hikes, and we lost ourselves in exploring the beauty of nature for hours. We even came across some interesting plant and bird species! It’s safe to say that our excursions were well worth it.

Ticks are another part of being outdoors in North America. However, by taking proper safety precautions, we can still enjoy the benefits of playing, learning, exercising and relaxing in nature. Just make sure, before you head outdoors, to set aside some time for a tick talk! 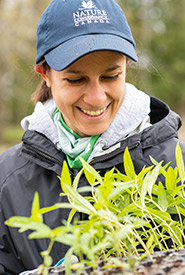