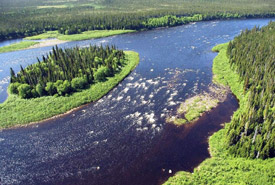 In Part One of this blog I presented the basics of climate change adaptation and how the Nature Conservancy of Canada (NCC) fits into the picture. In Part Two below you will learn more about how NCC has participated in recent nation-wide discussions to help Canada adapt to climate change.

What was NCC’s role?

NCC was invited to speak to the importance of nature in protecting Canadians from the impacts of climate change and identify barriers, opportunities and solutions to climate change adaptation. NCC emphasized that few people appreciate the critical role of nature in supporting human infrastructure, and few realize the immediate need to implement adaptation strategies.

Climate change adaptation is still quite vague in people’s minds, because many of the major impacts will come in the future. Also, there is a need to make key information publicly available in a clear and accessible format for Canadians to make informed decisions on their adaptation options: data sets, tools, successful adaptation measures and best practices.

NCC recently submitted its recommendations for the federal consultation on "Canada's approach to climate change." NCC's recommendations focused on two areas — adaptation and climate resilience and how and where to reduce emissions.

But not all is grim! 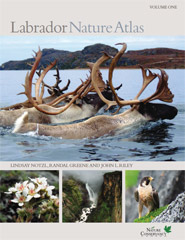 There are increasing numbers of community-based adaptation projects to showcase and a growing scientific literature on assessing the value of ecosystem services that can help communities adapt to climate change. NCC’s Labrador Nature Atlas provides a great example of an information centralization initiative where data sets on species, habitat and conservation needs are kept current, allowing users to prioritize adaptation actions in both of Canada's official languages.

NCC will strive to target its actions towards the most climate-vulnerable species, landscapes and watersheds. Ecosystems that have super-sequestration and storage capacity need to be identified and protected to ensure that they will keep doing their job in the future. With a small investment in conservation, we can protect some of the planet’s most important areas for carbon storage right here in Canada.

By investing in conservation, we can protect Earth's most important carbon storage areas in Canada. (Tweet this!)

In order to adapt to changes in climate, species will need to move across the continent to find suitable habitat. To do this, species will need effective migration corridors. Without these connections, species become confined to isolated blocks of habitat and populations may become extinct. Our role will be to identify those corridors and ensure they are protected and restored. 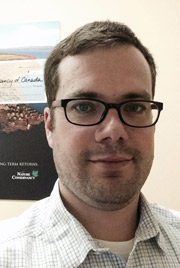 Charles Latrémouille is the Natural Area conservation planning manager with the Nature Conservancy of Canada.