Where are they now? Intern Alumni Spotlight: Ryan Dudragne 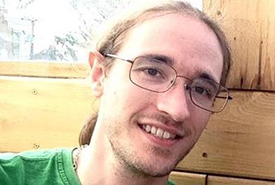 This blog marks the sixth Alumni Spotlight — a series highlighting individuals who have interned with the Nature Conservancy of Canada (NCC) in the past. We ended 2018 featuring Andrew Ryckman and are kicking off 2019 with bird enthusiast Ryan Dudragne.

Where he started: Ryan graduated in 2010 with an honour’s bachelor's of science degree from the University of Saskatchewan. An avid birder, he focused his employment and volunteer experiences around birding whenever possible. He has been part of many birding projects, and worked for Bird Studies Canada for 18 months after graduation. 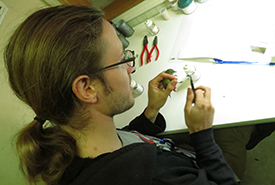 As an intern: In the winter of 2013, Ryan was hired by NCC as a database development intern. He transitioned into the GIS database intern role and then became a natural areas assistant. Ryan gained a variety of skills throughout his time as an NCC intern, most notably with hands-on Arc GIS experience.

Where he is now: Ryan is the conservation science coordinator for NCC's conservation database in the Saskatchewan Region. He is responsible for a variety of tasks, including helping to draft Natural Area Conservation Plans, entering and managing data in the database, coordinating aerial monitoring, conducting species at risk monitoring focused mostly around avian bird surveys and working in GIS to create maps for staff. 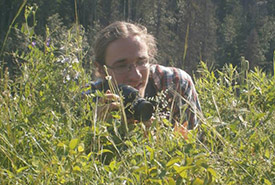 Where he is going: Ryan isn’t sure where his future may take him, but he knows he plans to continue working in conservation, with a focus on general biology. It is a dream of his to have the opportunity to conduct research with insects, as he loved his entomology classes in university.

His advice for interns: Ryan lists many important skills in being a successful intern, including being flexible and adaptable, as field work is dependent on factors outside of your control — especially weather. Plans change on the fly, and you need to be able to roll with the punches. Ryan also notes that you must be able to work as a team and you need to “check your ego at the door,” as you are all working toward the same goal. Lastly, he notes that the ability to communicate openly and effectively is one of the most important skills in the workplace, and one that can always be improved upon.

Are you interested in building a career in conservation? Check out NCC's Conservation Internship Program for more information on current opportunities! 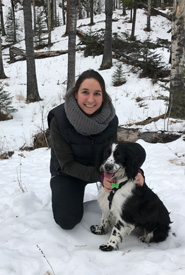 Kirsten Betteridge is the national conservation engagement coordinator at the Nature Conservancy of Canada.