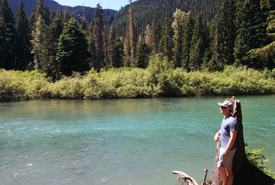 I love experiencing nature outside of the city, but the problem is — I don’t own a car. Getting to a conservation area is nearly impossible without one, since most of them are outside of the reach of public transit. Yes, big cities have urban parks and forests, but it’s different from being in the middle of the wilderness. In an urban park, you’re still surrounded by the city. Often times you can see buildings right beside you. Also, the species are very different in a city than in the wilderness. One does not get the same feeling of being quite in the "wild" in an urban park than in a huge conservation area/national park.

Growing numbers of city-dwellers have the same car-less status, relying on urban bike infrastructure or public transit to commute around the city instead. This could be due to urbanites increasingly residing in new condo developments where parking spaces are expensive or even non-existent. Some also choose to live car-free lives for environmental reasons.

But while conservation areas may be out of sight for city-dwellers, they are certainly not out of mind. I have many colleagues who are passionate about nature conservation because they grew up or live near large natural areas. As a lifelong city-dweller, I haven’t had the same experience. However, I’m just as passionate about the subject as many of my colleagues, and I believe the reason that is due to global citizenship.

A global citizen, as defined by Oxfam, is someone who is "aware of the wider world and has a sense of their own role as a world citizen." Places like Toronto, Montreal and Vancouver have diverse communities with large cultural and economic ties to the rest of the world. It could be the cosmopolitan nature of big cities that generates a sense of global citizenship among its population.

I see it as my global citizenship responsibility to ensure that nature is conserved in Canada. The idea of global citizenship might be the inspiration for other city-dwellers who also view the nature conservation or other environmental issues as key priorities.

As a Canadian, I believe we have a responsibility to protect our natural areas not only for domestic reasons, but also because we have a responsibility to the world. We are a nation with an enormous land mass. Much of our natural areas need to be conserved for the long term to help protect migrating bird populations coming from the rest of the Americas. Birds obviously don’t take into consideration borders when migrating, which is why if we don’t protect our natural areas, bird populations that exist all across both North and South America will be at risk. The biodiversity loss, tragic on its own, would have repercussions for the rest of the ecosystem. 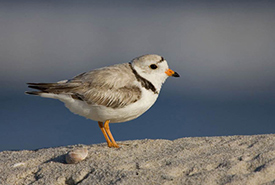 Also, consider the impact of the loss of migrating birds in an economic perspective: ecotourism industries may be at risk. This form of ecologically conscious economic development may not be sustainable when migrating birds lack habitat in which to overwinter. In fact, there is evidence that this phenomenon is already happening in India. By providing migrating birds with key habitats to thrive in, it helps both Canada’s ecotourism sector as well as other nations in the continent.

Secondly, Canada has approximately one third of the world’s boreal forests. These forests are critical for their role as carbon sinks (storing carbon emissions), helping regulate climate and their role in water purification. In a world increasingly at risk of the effects of climate change (and in particular with its effects disproportionately affecting developing countries), Canada’s forests play a key role in mitigating climate change through its important role in absorbing the world’s carbon emissions. Forests also help our own country through its ability to lessen one of the effects of climate change — flooding.

There are countless other reasons why the conservation of natural habitats is important. Despite all this, I must admit that I do have a more personal reason why I support conservation efforts. When I travel across Canada, I try to take the opportunity to visit some of the country’s magnificent natural sites. These natural spaces are a key selling point for our own tourism industry, and for good reason: they’re incredible. 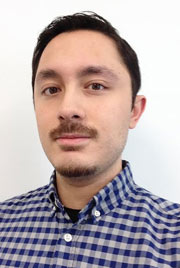 Michael Paskewitz is the government relations coordinator at the Nature Conservancy of Canada.