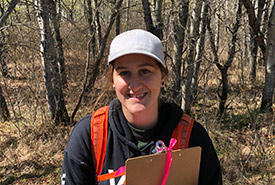 This is part two of “Women in conservation: A promising future.” Click here to read part one.

In this blog post, I continue my conversation with six female Nature Conservancy of Canada (NCC) Saskatchewan Region interns about their work this summer and their perspective on the future of conservation. I went on to ask them who their female role models in conservation are.

Kaitlin Baril talked about American conservationist and biologist Rachel Carson and being inspired by her actions as “one of the first researchers to start talking about pollutants, such as DDT, and the detrimental effect of human-made chemicals on the environment.”

Lisa Hurst and Elan Marsall talked about a professor they both had at Lakeland College in the conservation and restoration ecology program, named Robin Lagroix-MacLean. Lisa said, “I wish that I could just soak up all of Robin’s knowledge and experience. I am totally inspired by the amount of experience and passion she has for the conservation work she does.”

Ashley Sahulka and Elan both talked about the Saskatchewan Region’s regional vice-president, Jennifer McKillop, as well. Elan said “Jen is such a powerful woman and personable boss. You want to do good because she is so positive, motivating and fun — not to mention smart. She’s so confident in herself, her ideas and her staff. That’s what I want to be.”

Ashley echoed Elan’s description: “On top of being a really great boss, she is a role model to me in pretty much every way,” says Ashley. “She’s always grateful to her team, genuinely listens to what everyone has to say, is a natural leader, very intelligent, and her presence demands respect from everyone. She’s really everything I hope to be one day.” 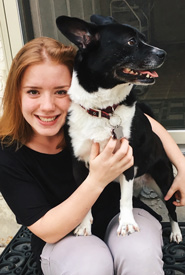 Our interns are paying close attention to women in conservation because they themselves are all pursuing careers in conservation. This is not just a summer job for them; it’s a glimpse at their future. I asked them what they hope the future of conservation looks like with them in it.

“I hope that everybody gets on board with [conservation] and understands its importance. Much of our native prairie is already gone, and we have a lot of species that rely on it. I don’t think people understand that if we turn it all into farmland, there will be no habitat left for the species,” said Ashley. 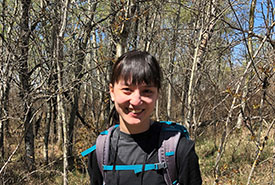 “I think conservation organizations should come to the forefront of environmentalism because it’s such important work. Protecting biodiversity is important. In Saskatchewan in particular, we need to be protecting our dwindling grasslands,” said Alayna Chan.

“My hope for the future of conservation is that all people can feel connected to nature and see themselves as stewards of the land that supports us,” said Lisa.

“I want everybody to be in sync, connected and always thinking about their footprint, impact and positive change. I want [conservation] to be a common thing. I want everyone to integrate sustainability into their lives to the point where it becomes unthinkable that we lived any other way,” said Elan.

I’d say our future is in good hands.