Your Brain on Nature: A Q&A with Alan Logan, N.D., about the benefits of nature on our mental health 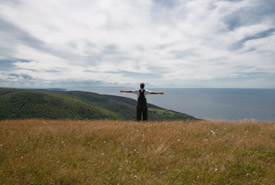 Alan Logan, co-author of Your Brain on Nature, has become a household name here at the Nature Conservancy of Canada (NCC). Since its publication in 2012, the book has become a rallying cry for the importance of spending time in nature. In it, Logan and co-author Dr. Eva Selhub discuss the numerous scientific studies that provide indisputable evidence of the positive benefits of nature on our mental and physical health.

Recently, Land Lines’ Managing Editor, Christine Beevis Trickett, spoke to Logan about his work and what it really means to spend time in nature.

CBT: Since your book launched in 2012, there’s been quite a bit written about it and new research has been published as well. Can you update us a bit about what’s happened since then?

AL: The notion that a book that was written in 2012 would already, in some sense, be a bit outdated is a remarkable thing. It shows that this research, thankfully, is going to keep increasing by leaps and bounds. For example, new studies have come out on using brainwave measurements of people who walk from a built commercial environment, through an urban park and back into a commercial district. You see the changes in brainwave activity reflecting what had already been written in the book: that being in nature causes brainwave activity similar to a meditative and focused state. 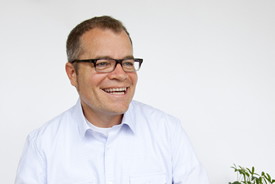 Some other studies have been in the area of epidemiology or population studies, where you start to see that even in urban environments, your proximity to green space is a very healthy thing. And a number of physicians have started to write about this and include it in their approaches that they might prescribe to patients.

CBT: What other questions have you and your colleagues been asking since publishing your book?

AL: Many psychologists and physicians — largely clinicians — are pondering to what extent screens are luring us indoors. It doesn’t matter whether it’s a video game or just generally the ability to surf the net; it may be diluting the opportunity for nature-based recreation.

Since the 1980s we have devoted 60 percent more of our time — outside of school and outside of academia — to information consumption. So, since there’s only 24 hours in a given day, to what extent are we not doing other things, like engaging in nature? 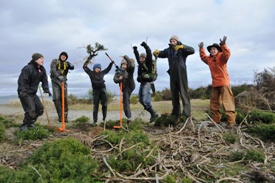 CBT: Since your book has come out, it seems as though more people have been talking and writing about the benefits of nature or about their experiences of going reconnecting with nature. What do you think has been the tipping point for this upsurge of interest in the importance of nature to our well-being?

AL: Richard Louv’s book, Last Child in the Woods, was a sort of “call” if you will, saying “Hey, this is the way my experience was when I was young and I’m seeing things that are changing.” It wasn’t necessarily based on any type of published research or evidence. Nevertheless, it struck a chord with people.

We have seen an upsurge in grassroots effort: the bloggers, the writers, the wilderness guides, the people that are trying to show that there’s another way than our current modern lifestyle that’s so disconnected from nature. None of these folks are purporting an anti-technology message. These are just people who are saying: hey, I think I’m missing out on something here.

Parallel to these efforts are all of the published medical studies that are coming out about the impact of nature on our physical well-being. And now the two are converging into one: you have what people maybe find intuitive, what people may find in their everyday lives and it’s matching research that would be considered to be of public health value.

That’s what’s creating this togetherness, this sort of energy emphasizing the importance of reconnecting with nature. I think it’s a combination of the two.

CBT: What new research has recently caught your attention?

AL: Elizabeth Nisbet at Trent University is doing really interesting research that finds we’re under-valuing the extent to which nature can make us feel better. And the question is, how can we get folks to understand how good being outside will make us feel?

A second part of her work has to do with what Nesbit and her colleagues call the “happy path to sustainability”: that when you do understand that nature can make you feel better, you’re more likely and willing to stand up and protect it. You’re more likely to embrace the work of organizations like the Nature Conservancy of Canada. 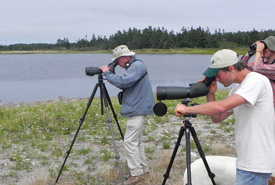 CBT: As you know, a lot of the properties NCC conserves are very remote. So, a lot of people may never actually visit any of these places. Is there some kind of benefit to just knowing that these places are protected?

AL: I would start by looking at some of the studies where you induce awe — and one of the ways you can induce awe in psychological experiments is to show beautiful nature scenes. When you induce awe, psychologists have shown that you have a subsequent, greater desire to protect nature or to be in an area where awe could occur, even including some of the more remote properties that NCC has protected. So, I think the awareness that such areas exist and that they would be there for us would only promote a positive mental outlook.

Now, let’s make the argument going the other way. What would happen if people though that such areas were being turned into grey space — industrial zones and more fast food outlets and whatever else. There is Australian research that has shown  that as biodiversity is lost in given areas, it’s associated with depression in those communities. So, you can certainly make the argument that the awareness that there’s destruction of natural beauty is associated with depression. 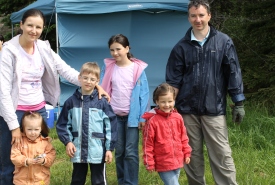 CBT: How can organizations such as NCC or other nature-based organizations do a better job of to convincing others of the importance of conserving these natural places and spending time in them?

Actually, I kind of went a little bit off the “happy path to sustainability” there. Let me rephrase it: what can we gain by protecting these natural places? It’s time that we start having the conversation about nature’s impact on our public health on a broader level. I think that these conversations can only help to affect change.