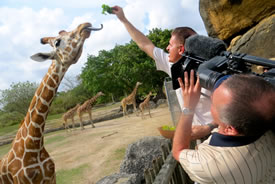 Zoos have often been the source of passionate debate and controversy among animal lovers and conservationists, many of whom argue that animals should not be kept in cages, that this environment does not lead to a respect for animals, that wide-ranging mammals require more space in their enclosures, and more. This October, the Toronto Zoo made headlines when it announced the relocation of its elephants to California.

But conservation organizations such as the Nature Conservancy of Canada (NCC) often collaborate with zoos on conservation initiatives — in NCC's case, this has included a partnership with the Calgary Zoo for the reintroduction of once extirpated swift foxes at Old Man on His Back, a collaboration with the Minnesota Zoo to conserve the highly endangered Poweshiek skipperling and one with the Toronto Zoo to head-start and reintroduce threatened wood turtles in Ontario.

This fall, CBC Television had aired a documentary, Zoo Revolution, which provided a balanced and thought-provoking approach to the debate surround zoos and their role in the welfare and conservation of animals. Land Lines Managing Editor Christine Beevis Trickett contacted Geoff D'Eon, the writer and director of Zoo Revolution, to chat with him about the debate and controversy surrounding zoos as well as the important role they play in education and conservation. 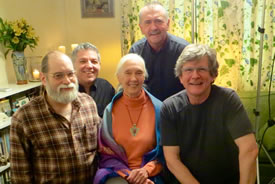 CBT: Geoff, you and your team did an incredible amount of research and visited zoos around the world while filming your documentary. What most surprised you while filiming Zoo Revolution?

GD: One of the things that surprised me was the sheer number of zoos — there are thousands around the world. Also, we were astounded by just how large the attendance figures are. In the documentary, we cite a statistic that in North America, more people go to zoos than all professional sports combined. Zoos are a multi-million dollar business, and they’re a source of political debate, civic pride, a place for conservation and entertainment.

And the more we dug into the subject, the more interesting and layered it became. Zoos are not a black and white issue; there are many shades of grey and no simple answers.

And the more people we talked to, the more inspired I became with the passion and commitment of people on both sides of this adversarial debate.

But as filmmakers, we decided we would try to find the most articulate proponents on both sides and let the debate ensue. Zoo Revolution is not an advocacy piece. After watching the documentary, we hope viewers will be compelled to think on the topic and formulate their own opinion.

CBT: Having spoken to proponents from around the world on both sides of the debate, what’s your opinion on the role and future of zoos?

GD: As I child, I spent time at the London Zoo, and I’ve taken my children to the Calgary Zoo. But to be honest, I hadn’t thought about the issue myself for years. Before I started the documentary, I didn’t have a strong opinion either way.

In the end, I’d have to side with Jane Goodall, who says "there are zoos and there are zoos," some very good and some very poor. I believe we should sharpen our critical faculties and be more analytical and thoughtful about zoos: are they doing any good, and if so, how so?

There are many bad zoos — unregulated, unfunded, with shameful practices. But that doesn’t negate the potential benefit a good zoo can bring. I would hope people everywhere would be opposed to bad zoos.

But on balance, I ended up believing zoos have the potential to do something useful. So I say yes to good zoos, no to bad zoos. 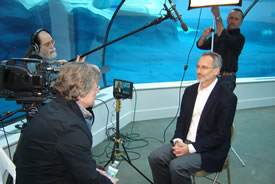 CBT: Many zoos are now refocusing their work on conservation. What did you find out while filming your documentary.

GD:  At the Melbourne Zoo, the conservation message is inescapable. There are signs everywhere saying, "fight extinction." In fact Zoos Victoria’s new mandate is that on their watch, not a single Australian species will go extinct. There’s no question Zoos Victoria is taking the mandate of saving indigenous species seriously. It’s hard to come away from it without being impressed.

One argument is that [in addition to their actual work on conservation] zoos are important places for humans to connect with animals. I buy the argument that if we don’t understand that homo sapiens is part of a much larger picture, there’s very little hope we will do anything to protect the environment at large.

CBT: Zoo Revolution also discusses the history of zoos and how they have evolved. You also visited and filmed a number of new, cutting-edge zoos that are challenging traditional models of the 20th century. What did you discover?

GD: Zoos are evolving institutions. It wasn’t all that long ago that a Congolese pygmy was exhibited at the Bronx Zoo alongside the apes. It’s unthinkable that would happen now. Even as a child growing up in London, I remember the zoo used to hold bizarre chimpanzee tea parties.

Now, people's radars are much more attuned to animal well-being. People want more from zoos and are much less tolerant of situations where animals are exhibited with any sort of apparent cruelty.

Zoos are responding to changes in public tastes. Enclosures are better designed, species are better chosen. Inappropriate species, such as the elephants in Toronto and Detroit, are being phased out.

So, in my opinion, there is hope for enlightened zoos.

CBT: You’ve spent quite a bit of time talking to people on both sides of the debate, and you mentioned their passion. What drives this passion?

GD: I found that both sides have a deep love for animals. It drives both sides of the debate. If you’re passionate about preserving wild animals, you’re likely to think the best place for them is in the wilderness — let’s save animals where they belong and are indigenous. For these people, putting money into zoos amounts to taking your eye off the ball.

Similarly, advocates for zoos think these are a different way to make an important contribution. They believe that without zoos, kids will never make that all-important connection to animals. Also, they claim the chances of people writing a cheque for animals in some distant country are not very good. Why would the public donate money if they have never connected with these animals?

People who work in zoos are not doing it for fame or money. They’re doing it because they believe in it.

In Melbourne, we met a zoo keeper who’s spent the past 12 years of his life bringing back a stick insect from the brink of extinction so his grandchildren could see that species in the wild. I don’t often come across so many people with that level of commitment to their jobs, driven by such immense passion.

I also met Rob Laidlaw of Zoocheck Canada. I couldn’t help but be impressed with his passionate opposition to zoos. It’s a really interesting paradox. The arguments on both sides are forceful, and considered. 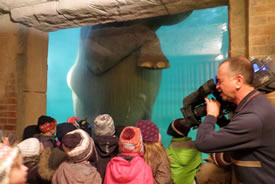 CBT: You mentioned one argument is that zoos are a great place for people to connect with animals. Can you expand on this?

GD: In response to the people who say kids need to see zoos to connect with animals, there is research that suggests that children don’t need to see animals in the flesh to be entranced by them. Will Travers of the Born Free Foundation points out that a lot of people are actively engaged in the campaign to protect whales, even though they may never have actually seen one.

Another argument you hear is that dinosaurs have captured the imaginations of several generations of children, even though none of us have never seen dinosaurs in the flesh.

Rob Laidlaw talks about a study Zoocheck did measuring how much time people spent at individual zoo exhibits, and it’s between 30-40 seconds. For elephants, it was something like a minute and seventeen seconds. Zoo Check’s argument is that there’s no real education possible in 1:17. I felt this was a viable point of view.

But that argument is countered by Jane Goodall, who says that sometimes people’s lives are transformed in mere moments by looking into an animal’s eyes. Don’t we believe in love at first sight? Could we not have a 60-second close-up encounter with a moose or elk that wouldn’t be possible to articulate, but that could change our lives?

CBT: It’s been just over a month since the Toronto Zoo’s elephants were relocated. Do you agree with this decision by the Toronto zookepers?

GD: I have a hard time answering the question. But I think they did the right thing for these particular elephants.

Charismatic megafauna bring people to zoos. People want to see elephants, tigers and lions. But I think zoos of the future have to keep animals that are appropriate to the climate and provide appropriate conditions. Elephants — especially African elephants — are not easy animals to keep in captivity.

However, the Asian elephant enclosure in Melbourne seems to be doing really well. It’s a large enclosure, the social group seems functional, they are breeding.

So personally I can’t say that under no circumstances should an elephant be kept in a zoo. It depends on where the zoo is located, the climate, how big the enclosure is, is there a functional social group, and whether the animals have enough room.

Ultimately, it’s clear that zoos can’t be Noah’s Ark and save all the world’s species, but I think many zoos are making useful interventions, especially in the realm of public education. If zoos weren’t doing it, who else would?

Halifax-based Geoff D’Eon is an award-winning veteran of television and event production, with extensive experience as a journalist, producer, writer, director and executive producer – including the 2013 CBC Television documentary Zoo Revolution.