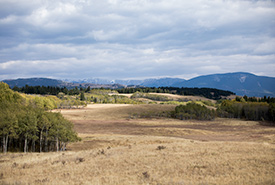 Ecological significance of the Prentice Property

The 55-hectare (137-acre) Prentice Property is located in the Crowsnest Pass in Alberta, north of Highway 3 and between the town of Coleman and Crowsnest Lake.

This project is a critical property in a highly important wildlife corridor. This corridor is used by carnivores and ungulates and connects habitat across Highway 3, allowing wildlife to move both north-south through this core habitat area and east-west through the Crowsnest Pass.

The securement of the Prentice Property was announced in October 2018 at the launch of campaign for the Jim Prentice Wildlife Corridor. 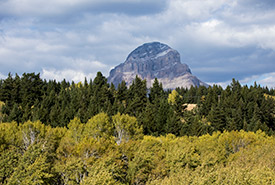 Role of the Crowsnest Pass as a critical wildlife corridor

The Crowsnest Pass is considered by scientific experts to be one of the most important wildlife corridors requiring protection in North America. It naturally funnels wildlife movement across Highway 3, where years of effort and hundreds of millions of dollars have been invested in private and Crown land protection both in Canada and the United States. It is a critical link in the Yellowstone to Yukon Initiative, which sets out to complete a system of connected wild lands, waters and corridors across this broad geography.

Almost all of the wildlife species that live in the foothills and mountain regions of Alberta use this corridor. This includes ungulates (elk, deer, moose and bighorn sheep) and carnivores (bear, wolverine and cougar).

This corridor is named after the former Alberta Premier Jim Prentice, who was an active supporter of conservation, including NCC’s work, both during his time as Premier of Alberta and as Minister of the Environment with the Government of Canada.

Learn more and get involved in the Jim Prentice Wildlife Corridor