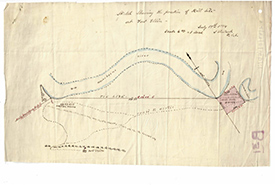 The Prairie provinces, like much of agricultural Canada, look vastly different than they did before European settlement. During the development of Western Canada, forests were cleared, wetlands drained and grasslands plowed in an effort to settle the west and build the nation now known as Canada.

These days, conservation organizations like the Nature Conservancy of Canada (NCC) are working to re-establish areas of natural habitat by restoring some of the forests, wetlands and grasslands that were lost. For example, NCC’s Manitoba Region is doing monarch prairie restoration in the Tall Grass Prairie Natural Area and pothole wetland restorations in the Riding Mountain Natural Area. Restoration projects, just one tool in a conservationist’s tool belt, are particularly useful on land that may not be suitable for agricultural.

One restoration challenge for conservation planners at NCC was to figure out what sort of restoration should take place. In most cases, habitat restorations should attempt to recreate the original ecosystems. But how do we know what type of ecosystem was originally found in an area? Historic satellite imagery can be used to look back in time 20 to 30 years, but what about before that?

There are hints on landscapes that can help infer what sorts of ecosystems were present in the past. For example, soil types can be used as a general indicator, as can remnant prairie (scattered patches of habitat that still remain in otherwise cultivated landscapes). 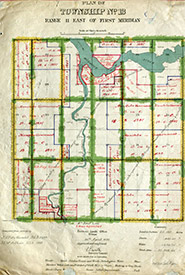 Survey maps and field notebooks  from the Dominion Land Survey (DLS) are also important tools that NCC has used in land planning. The DLS was the method of dividing Western Canada into square-mile parcels that would serve to develop the nation’s breadbasket. The survey began in 1871, and most of Western Canada was mapped in the decades that followed. Surveyors often worked in treacherous conditions, travelling through bogs, across rivers and in thick forests, meticulously recording what they saw along the way. The notes that the surveyors took were full of detailed descriptions of the land they travelled across and provide good evidence for what was there in the late 1800s.

These maps and associated field notes are important tools used by planners at NCC to help determine the historic ecosystems that were present and make recommendations for restoration based on the historic information. They help us determine whether we should be laying down prairie grasses, planting boreal trees or restoring wetlands that were drained centuries ago.

New technologies like satellite imagery and global positioning systems make conservation work much easier than it used to be. But sometimes even the oldest technologies, like hand-drawn maps made by bushwhackers in the Prairies, can tell us much more. 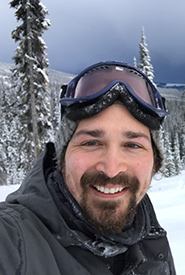 Jordan Becker is the information coordinator for the Nature Conservancy of Canada’s (NCC’s) Manitoba Region.