A two-for-one solution for climate change 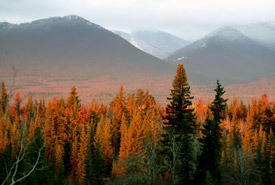 A wide recognition of the acceleration of climate change and its impacts – increasing incidents of extreme weather events among them – has triggered a range of actions across Canada. Government, corporations, academia and non-profit organizations, backed by committed Canadians of all ages, are teaming up to take measures to reduce atmospheric carbon, as well as develop means for climate adaptation.

Valuable assets for helping to address climate change challenges can be found in our forests, says Dan Kraus, Weston conservation scientist with the Nature Conservancy of Canada (NCC). He adds that while many people appreciate forests, not everyone is aware of their substantial contribution to climate resiliency.

“As a scientist, I’m interested in how people fit into the ecosystem and how nature supports our well-being,” he explains. “With the contribution of forests to cleaning air and water and preventing flooding, for example, it’s clear that they are essential components to our landscape in addition to their biodiversity values.”

Kraus sees protecting forests as a “two-for-one solution for climate change challenges,” he says. “Firstly, forests are removing carbon from the atmosphere and storing it.”

Carbon sequestration – the process of pulling carbon out of the atmosphere and putting it into long-term storage – has been identified as an effective way for slowing the increase of carbon dioxide trapping heat in the atmosphere. Trees, like other green plants, use photosynthesis to convert carbon dioxide into the carbohydrates they use for their growth. As a result, they store large amounts of carbon in their trunks, stems and roots and in forest soils.

Although forests emit some carbon dioxide as part of their natural processes, such as decay and respiration, they typically store more carbon than they release, explains Kraus. “This is something forests are very good at – coal originates from carbon that was captured by forests millions of years ago.”

The actual rate of carbon sequestration varies depending on the forest type, but Kraus adds that old-growth forests are generally better at storing carbon than younger forests. The more forests we have, the more carbon is being pulled from the atmosphere. 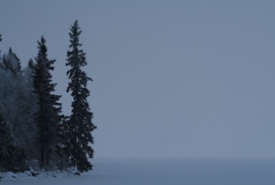 “Secondly, forests can help us adapt to changing weather patterns, like extreme rainfall and drought events. Not only do trees provide shade and cool the environment locally, they can also help to prevent flooding and maintain the health of streams,” he adds. In forested areas, instead of running off on the surface after a heavy rainfall and thereby causing erosion and flood damage, water is stored and slowly released into groundwater and streams.

“People have long recognized the importance of trees and the link between the forest, soil and water,” says Kraus. He explains that in southern Ontario, large areas of forest were planted to prevent erosion after the natural vegetation had been cleared. Part of the reason Algonquin Park was originally established was to protect the forested headwaters of five major rivers from land clearing.

While a lot has been accomplished in protecting Canadian forests, Kraus believes there is additional habitat that needs special attention. NCC works with the TD Bank Group (TD) under the TD Forests program to identify and conserve priority forest areas.

“We really are lucky in Canada – there is more forest per person than in any other country. In the north, we have some of the largest intact forest wilderness left in the world, but many of our forests in southern Canada have been degraded by habitat loss, fragmentation and invasive species,” says Kraus. “There is more urgency to stepping up our conservation efforts now that we are facing climate change.

“I always thought that we were saving forests, but it may actually be that the forests are saving us.”

This post originally appeared in the Globe and Mail and were produced with the support of Randall Anthony Communications Inc.