Blazing ahead of climate change: The potential for assisted migration of Alberta’s native plants 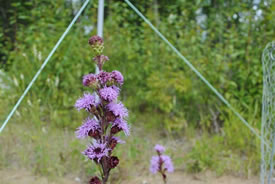 The northern blazing star is being used to test assisted migration as a climate change conservation tool. (Photo by ABMI)

It’s the Goldilocks principle. All species, including plants, animals and fungi, are uniquely adapted to a specific combination of climate and environmental conditions that they need to grow, reproduce and thrive; things need to be “just right.” If the environment changes, species have two choices: they can either stay where they are and adapt to the new conditions, or they can move to more suitable places.

Plants, being rooted to the earth, have a limited ability to respond to environmental change. It can take a long time to adapt to new conditions, so it’s difficult for plants to respond quickly to relatively rapid changes that happen around them, like those projected in some climate models. Plants can’t pick up and move either; they can only send forth their seeds in hopes of finding the Goldilocks conditions perfect for growth and reproduction. For many plant species, this dispersal will likely not happen far enough or fast enough to keep pace with projected changes in climate, which means they are at risk of being left behind. This is especially true in today’s increasingly fragmented landscapes. 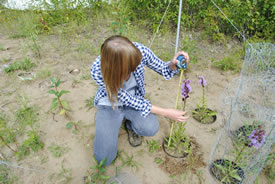 To help curb this risk, humans could actively help species to relocate to places where the environmental conditions are predicted to be more suitable in the future — a strategy known as assisted migration. This idea is among the most hotly debated topics in ecology and conservation today, with supporters arguing that given the pace of climate change and the high degree of fragmentation of many habitats, inaction will lead to species extinctions. Detractors of this strategy emphasize the risks and uncertainty of unintended consequences in the receiving ecosystems. Clearly, we need more information to evaluate when, where and for which species assisted migration might be appropriate.

Translocation experiments are one way of getting a handle on the benefits and risks of assisted migration as a conservation strategy: they can help assess the climate-related risks to existing populations, and the potential for successful establishment of new populations in new areas. These experiments also help scientists figure out the best way of moving species around — the “how” of the translocation.

As part of the Alberta Biodiversity Monitoring Institute’s (ABMI's) Biodiversity Management and Climate Change Adaptation project, Jennine Pedersen, an MSc Student studying with professors Scott Nielsen and Ellen Macdonald at the University of Alberta, is conducting experiments to assess assisted migration as a conservation tool for rare plants in Alberta. Learn more about her work, and her passion for Alberta’s rare plants, in our new video  Blazing Ahead of Climate Change (below):

Blazing Ahead of Climate Change from ABMI on Vimeo.


This post originally appeared on It's Our Nature to Know — the ABMI blog. 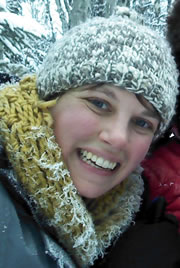 Amy Nixon is the coordinator for the Biodiversity Management and Climate Change Adaptation project at the Alberta Biodiversity Monitoring Institute.