Fungi and the gift of life on Earth 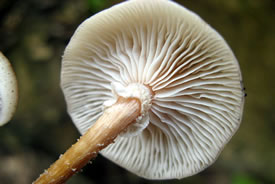 Simply by existing and thriving, living and dying, the natural world provides so much for us to be thankful for — from the oxygen we breathe, to the land we grow food on, to the feeling of peaceful relaxation during a walk in the woods. But recent research shows we may be able to credit life on Earth to some of the most often overlooked organisms: the fungus kingdom.

Life as we know it

When most people think about fungi, they probably first think of toadstools, button and Portobello mushrooms and the unfortunately named Athlete’s foot. How could these strange, smelly, dirt-covered things have contributed to the first stages of life on Earth?

Recent genetic studies of plants and fungi have led to the discovery that land fungi evolved on Earth 1,300 million years ago, and land plants 700 million years ago. According to the study, “Lichens are believed to have been the first fungi to team up with photosynthesizing organisms like cyanobacteria and green algae. Lichens can live without rain for months, providing protection for photosynthesizing organisms, which produce oxygen and release it into the atmosphere." The researchers believe that this symbiosis eventually changed the climate on Earth to the point of making it suitable for land animals and other organisms to survive.

Other research supports this idea, and it is a long-standing theory in the science world that a relationship with fungi is the reason plants were first able to establish themselves on land and receive essential soil nutrients.

So much more to discover

There is much to discover about the fascinating world of fungi. Not only did fungi aid in the very existence of life on Earth, but they also continue to make life possible in so many vital ways. They are essential components of nearly every ecosystem on the planet and are very important to the maintenance of biodiversity. Their roles in decomposition and nutrient recycling are crucial to the basic functioning of other plants and animals all over the world.

So, let’s show the fungus kingdom some major appreciation, because it may well be that we wouldn’t be here without them! 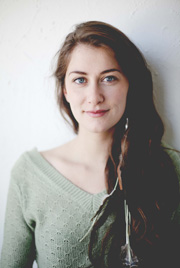 Carly Dow is the land information system coordinator for the Manitoba Region of the Nature Conservancy of Canada.