Conservation is a labour of love 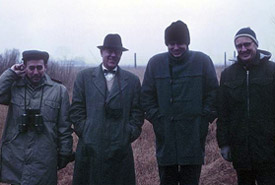 Valentine’s Day has become a time to celebrate the ones we love. But this year, I’m also thinking about those whose passion for natural areas has led to their long-time conservation of the places that Canadians love and enjoy.

I was reminded recently of the importance of passion for nature when it comes to conservation while reading the late Dr. Bill Freedman’s A History of the Nature Conservancy of Canada: “As is typical of most charities in their emergent phase, [Nature Conservancy of Canada] NCC activities in its first years following incorporation in 1962 depended entirely on the efforts of a small but dedicated ensemble of volunteers….The minutes of the meetings of the first two years indicate that the trustees were mostly dealing with such pressing issues as fundraising, identifying and prioritizing sites to conserve, networking with naturalist groups across Canada, and developing pamphlets and other materials to publicize the new Canadian land trust,” (Freedman, 41-42). In fact, as the book recounts, NCC wasn’t able to expand nationally for several years, as it worked to establish its financial resources in order to do so. 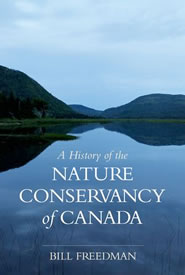 Setting up a land trust charity such as NCC was a labour of love that required people who were passionate about the cause and willing to volunteer their time and energy to make sure it succeeded. Thinking about their dedication to making sure the places they loved were protected over the long term, I now better appreciate the efforts and dedication of NCC’s early volunteers, who persevered over decades to get to the point where NCC was established financially and could expand from coast to coast.

It all began in the early 1960s when a plucky band of naturalists based in Ontario had a bold idea. Stung by the damage to the natural world they saw all around them, they launched a program to take direct, private action to protect natural spaces and promote conservation. They were also inspired by a growing land trust movement in the UK and the U.S. At the time it was an audacious plan. It was also the birth of the Nature Conservancy of Canada.

In 1968, NCC broke ground and protected its first successful project: Cavan Swamp and Bog in Ontario. This wetland spanned around 3,400 acres (1,340 hectares) and is home to 22 species of orchids. 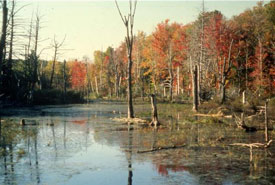 In 1971, NCC expanded outside of Ontario and into the East Coast, with a land donation at Sight Point on Cape Breton in Nova Scotia. Slowly, over the next few years, NCC began to acquire properties from coast to coast. But it wasn’t until the mid-1990s that NCC had the capacity, experience and connections to start making significant waves across the country, by beginning keystone projects in the Manitoba Tall Grass Prairie Preserve, Saskatchewan’s Old Man on His Back Prairie and Heritage Conservation Area and Alberta’s Waterton Park Front, thanks to generous donors and supporters. 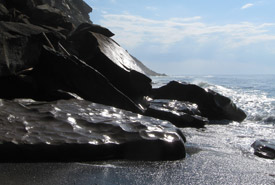 Those decades of perseverance by NCC’s volunteers and staff built the foundation for NCC’s success. By 2001, NCC had conserved more than 1,000 properties across Canada.

In 2012, NCC celebrated 50 years of love for Canadian lands, waters and wildlife. In this year, we also launched our Moose Sex Project, which aims to protect habitat along the Chignecto Isthmus — a narrow band of land that connects Nova Scotia to the rest of Canada. Since plants and animals also cross borders and we are all interconnected, NCC is committed to conserving the long-term viability of wildlife populations not only in New Brunswick and Nova Scotia but across eastern Canada and the United States. By helping moose find love (and mating), we are helping sustain populations of this iconic species we all know and love for the future. 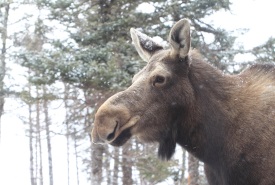 Over the last 56 years, NCC has made monumental strides for nature conservation in Canada. This has been made possible by generous donations from Canadians like you, as well as the perseverance of generous and caring Canadians. These donations and actions have helped protect some of Canada’s most ecologically significant areas — the areas that Canadians love.