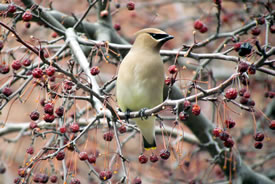 When Canadian Prime Minister Justin Trudeau heads south on March 10 for his first official visit to the United States, his plane may well pass directly over some of the billions of birds migrating north from points throughout the U.S. to Canada. 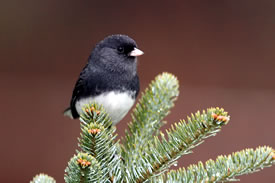 While Trudeau’s visit is momentous — it will include discussions with President Barack Obama on bilateral climate change policy and the first White House state dinner for a Canadian leader in 19 years — the bird migration, an annual phenomenon that involves hundreds of species, is also remarkable.

More notably, the mass migration and the Trudeau-Obama meeting are intertwined: One major reason the birds have welcoming habitat on both sides of the border is the 100-year history of conservation collaboration between Canada and the United States.

A century ago, many migratory bird populations in North America were in trouble. Unregulated hunting of birds for commercial sale in particular, coupled with loopholes in import and export laws, had allowed massive and unsustainable harvesting of many bird species. Public awareness campaigns launched by Audubon societies in the early 1900s raised alarms over the drastic drop in bird numbers and over the need to stop killing them for use in the commercial millinery trade and for market sale.

In an effort to stem the unchecked killing, the U.S. and Canada (actually Britain, on behalf of Canada at the time) in 1916 negotiated the Migratory Bird Convention, a treaty to ban hunting of most songbirds, and set regulations on the number of other birds that could be hunted. Canada passed the Migratory Birds Convention Act in 1917 to enforce the provisions of the treaty. The companion U.S. legislation, the Migratory Bird Treaty Act, came into effect in 1918.

It was the start of a century of cooperation between the two countries to protect billions of birds that are critical players in a huge range of Western Hemisphere ecosystems. This year, we are celebrating the centennial of the Migratory Bird Convention as one of the most pivotal conservation treaties in history. 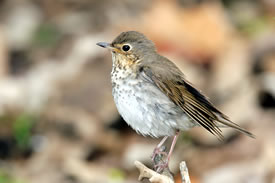 This was the first formal treaty to require the management of a continental-scale natural resource across two of the largest nations on Earth. The pact protected hundreds of species and set the foundation for biodiversity conservation decades before the word “biodiversity” was coined.

The treaty remains relevant and has helped spawn additional, successful initiatives to protect birds and other wildlife.

Indeed, some of the most important achievements of the past two decades to protect ducks, geese, shorebirds, warblers, sparrows, and other birds that fly between the U.S. and Canada have been made through habitat protection, restoration, and enhancement — policy victories made possible in part by the spirit of cooperation that followed the migratory bird agreement.

For example, billions of dollars have been invested — through partnerships among federal, state, provincial, territorial, and indigenous governments, nonprofit conservation organizations, and businesses in both countries — to purchase conservation lands and restore and enhance habitat for birds on public and private lands.

The North American Wetlands Conservation Act (NAWCA), signed into U.S. law in 1989, is one of the best-known and important initiatives. NAWCA provides federal funding, administered through the U.S. Fish and Wildlife Service, which must be matched by partner governments and other organizations for habitat conservation projects in Canada, Mexico and the United States.

Over the past 20 years, more than 30 million acres of wetland habitat have been bought, restored or enhanced through 2,553 projects funded with $1.4 billion in NAWCA grants. These monies leveraged another $2.9 billion from the more than 5,000 partners across the U.S., Canada and Mexico.

Perhaps the most significant modern bird conservation achievements have been taking place in Canada’s boreal forest region, which is known as North America’s bird nursery.

Each spring, an estimated 1 billion to 3 billion birds representing more than 300 species migrate to the boreal region to nest and breed.

Through the above-mentioned efforts, the amount of land in Canada protected through conservation designation is growing every year. For example, within the past decade, the provinces of Ontario and Quebec committed to protect half of their boreal forest territory. 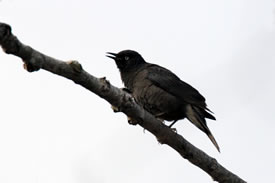 Those actions reflect the vision outlined in the Canadian Boreal Forest Conservation Framework, which is endorsed by more than 1,500 scientists. The plan calls for conservation of at least 50 percent of the boreal in large interconnected areas, and for sustainable development across the remainder of the region.

Leadership in the protection of bird habitat in Canada has also come from numerous indigenous governments and communities that have developed, or are developing, sophisticated land use plans to balance conservation and economic development interests in the vast areas of their traditional lands.

The Dehcho First Nations in the Northwest Territories, for example, completed a land use plan calling for the protection of more than 27 million acres of its traditional territory. The Dene community of Lutsel K’e is working toward establishing the 6.4 million-acre (2.6 million-hectare) Thaidene Nene National Park Reserve in the southeastern part of the Northwest Territories. The Innu Nation in Newfoundland and Labrador created a land use plan that calls for protection of 8.6 million acres (3.5 million hectares). And the five indigenous communities of the proposed UNESCO World Heritage site Pimachiowin Aki have partnered with the governments of Manitoba and Ontario to establish more than 7 million acres (2.8 million hectares) of protected lands.

Since their first meeting late last year, Prime Minister Trudeau and President Obama have signaled their desire to revive and deepen the long-standing tradition of environmental cooperation between their countries.

Their model for strengthening that partnership sings every day from the skies, marshes, fields, and forests of both countries, testament to 100 years of world-leading cooperation to protect birdlife. 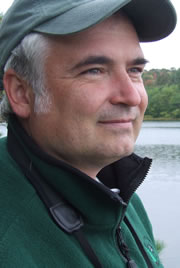 Jeff Wells Jeffrey Wells is a science adviser to The Pew Charitable Trusts and science director at the Boreal Songbird Initiative.