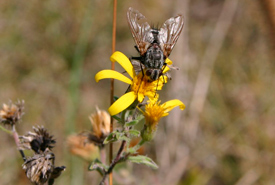 It was with some sadness that I finished my last field work of the season at Yellow Quill Prairie. It will be many long, cold months before I get to go out again. However, I was eager to get back to the office to crunch some numbers and see how the pollinator community in mixed grass prairie differed from the fescue and tall grass prairies that I’ve studied previously. 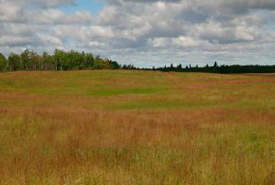 One thing that was quite obvious was that I started too late. Although flowering did not get underway in the fescue prairie until well into June, I had missed some of the earliest flowering plants by starting my surveys on May 31 in the mixed grass prairie. All of the prairie crocuses and most of the three-flowered avens were already in their seed stage by then. Hopefully, I can go out a bit earlier next year to capture the pollinator activity at this important time of the year. 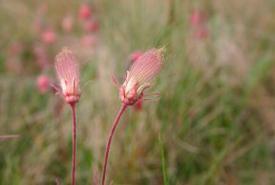 The most commonly visited plant in the mixed grass prairie was wild bergamot, receiving just over a quarter of all observed visits, mainly from bees and butterflies. This species received only 3.6 per cent of all visits in fescue prairie and less than 1 per cent in the tall grass prairie. You may be familiar with this species because it is often available for sale at greenhouses.

Showy goldenrod was an interesting species because it is one of the top visited plants in all three prairie types. This suggests that it would be a particularly useful plant for prairie reclamation because of its widespread distribution and popularity with a wide number of pollinators. 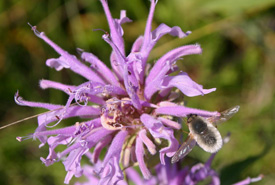 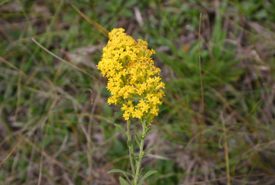 As winter approaches, you might be wondering what happens to all these insects. Sadly, many of them just die; worker bees are a good example as only the queen bees overwinter in underground burrows or deadfall. Butterflies, moths and flies typically overwinter as eggs, larvae or pupae rather than adults. In the spring, queen bees and wasps wake up and begin feeding on early wildflowers to fuel egg production. Dormant eggs, larvae and pupae will commence their development to take advantage of the summer crop of plants. 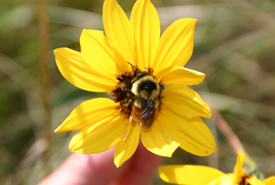 Many plants escape the cold weather by overwintering as seeds that were fertilized thanks to the insects. Perennials species pump most of their sugars into their root systems for the winter, letting their above-ground parts die off. But before they go completely dormant,  many plants produce tiny flower buds that are ready to burst into bloom when the sun shines on them again.

Until next year I'll be enjoying looking at my photographs, and remembering the smells and sounds of the prairie.