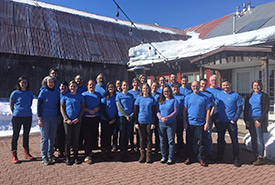 In a world that is rapidly losing wildlife and habitats, conservation has become a science of decision-making. We know there are many places and species in Canada that will not survive unless we take action to protect and restore them. Deciding which species, which places and which actions has always been the foundation of nature conservation. More and more, we are seeing the decision-making process include a rich diversity of perspectives and sources of knowledge.

In the past, conservation groups relied on local knowledge, topographic maps and the opportunity of available projects to make decisions about which places needed protecting. Where nature was reduced to a few isolated fragments, it was easy to pick key places. But choosing the right places becomes more complicated in intact landscapes, or over larger geographies.

Many groups began to develop methods for project selection that were based on checklists of standard criteria. These criteria could have included the number of rare species, connections to other protected areas and human disturbances. These checklists gave rise to a new approach to conservation planning and changed how we choose projects today.

Systematic conservation planning was first introduced to many conservation scientists almost 20 years ago. This type of conservation planning still relies heavily on local knowledge, but incorporates the growing amount of data on wildlife and land use that is now available. About the same time that the concept of systematic planning for conservation was growing, new databases on species and habitats were being created by groups like NatureServe Canada and Bird Studies Canada. Computer programs that could assemble, map and analyze data on species, habitats and land use also were becoming more powerful and available.

The Nature Conservancy of Canada (NCC) was an early adopter of this new type of planning and led the development of conservation blueprints across southern Canada. These blueprints help identify priority areas within each ecological region. Priority areas were selected for many reasons. Some have high numbers of rare species or habitats. Some build on existing national and provincial parks. Some are critical for migratory animals. Some have immediate conservation opportunities. Many of the best sites are all of these.

All of our NACPs now follow the Open Standards for the Practice of Conservation. These standards are part of an international initiative that provides greater scientific rigour and access to tools that support credible decision-making in conservation. This ensures conservation organizations and their supporters that the right places are being protected and that the right actions are being put into place, with the engagement of communities and stakeholders. 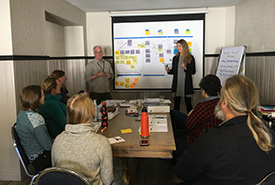 Earlier this year, NCC hosted a week-long workshop for 22 conservation planners from across Canada to learn more about the Open Standards. (Photo by NCC)

Earlier this year, NCC hosted a week-long workshop for 22 conservation planners from across Canada to learn more about the Open Standards and incorporate them into their work. Important funding for this workshop was provided through the generosity of long-time NCC supporter Eliza Mitchell. The workshop was led by the Conservation Coaches Network and included NCC, Environment and Climate Change Canada, Parks Canada and the Carolinian Canada Coalition. In addition to sharing best practices in how to use the Open Standards, the workshop discussed how climate change can be incorporated into conservation decision-making. It also looked at how Australian experiences, including Indigenous knowledge and participation, can improve conservation outcomes here in Canada.

One of the key messages from Conservation Coaches is that the processes of conservation planning may be more important than the conservation plan. While science and information are important for informing decisions, plans are ultimately implemented by people who are engaged and driven to take purposeful actions for the lands they care about. Conservation Coach training emphasizes the transformative power of integrating knowledge and values from a broad spectrum of participants. 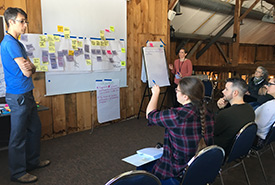 NCC’s new Conservation Coaches came away from the intensive training with tangible skills in group facilitation and decision-making on how to engage communities and stakeholders in the crafting of effective conservation plans. (Photo by NCC)

NCC’s new Conservation Coaches came away from the intensive training with tangible skills in group facilitation and decision-making to help engage communities and stakeholders in developing effective conservation plans. When we work together, with common approaches and a shared understanding of what needs to be protected, we can better make critical decisions about the wildlife and habitats that need to be protected today.

This post was co-authored by Heather Barna, senior director of conservation science and planning at NCC.