Wild things: A review of the Wildlife Photographer of the Year exhibit 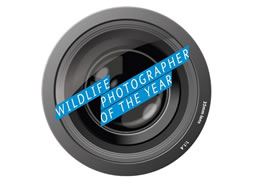 Wildlife Photographer of the Year (Image by Royal Ontario Museum)

Twin baby gorillas clutching their mother in the pouring rain. A northern gannet giving another a necklace of red campion. A giant sequoia with two billion leaves reaching for the sky. This is but a snapshot of the Wildlife Photographer of the Year exhibit at the Royal Ontario Museum.

The Wildlife Photographer of the Year competition, founded in 1965, began with just three categories and 500 entries. In 1984, the Natural History Museum and BBC Worldwide banded together to expand the competition, allowing it to become the worldwide sensation that continues to leave us in awe.

Traveling from the Natural History Museum in London, Wildlife Photographer of the Year is one of the museum’s longest-running exhibitions. Currently in its 50th year, thousands of professional and amateur photographers from more than 98 countries enter the competition annually. The exhibit celebrates wildlife and nature by featuring 100 photos in 18 categories. This year the overall winner was selected from more than 43,000 entries.

Upon entering the exhibit on the third floor of the Royal Ontario Museum, dimmed lights set the stage for something entirely unexpected. The photographs are not traditionally framed but backlit. The backlighting adds a stunning dimension to this large format collection that celebrates the diversity of life on the planet.

With each fascinating image comes an equally fascinating story of the photographer’s pursuit to capture the perfect shot. A pursuit that requires dedication, patience and fearlessness. Overall winner Greg du Toit spent 10 years figuring out how to get his shot, Essence of Elephants, which shows a baby elephant in the foreground with the adults of the herd in the background.

While some photographs depict the breathtaking beauty of nature and wildlife like The President’s Crown by Michael Nichols, Oil Spoils by Garth Lenz of Canada showcases complete destruction of the land. Nichols’s photo of a 3,200-year-old sequoia tree that looks tall enough to touch the clouds is borderline unbelievable. But the miniscule man standing at the base looking up provides enough perspective to make it real while also reminding you that the Earth is an expert at the "impossible."

Regardless of what emotions the Wildlife Photographer of the Year exhibit elicits, it makes us want to step outside and be still with nature. To truly observe the magnificent species we share this planet with. To see what exceptional images we can capture.

Wildlife Photographer of the Year is currently on exhibit at the Royal Ontario Museum.

To find out where else the exhibit is touring, email touring@nhm.ac.uk. 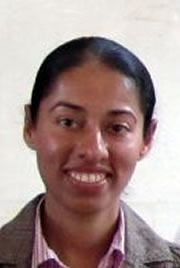 Inderjit Deogun is a Toronto-based writer.