Why I believe that zoos help conservation 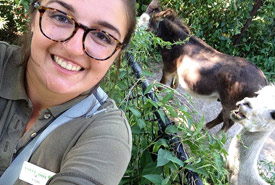 As a conservationist and wildlife supporter, I get a lot of head turns when I say that I support zoos.

I’m the first to acknowledge that some have a history of being grim tourist destinations; however, I know first-hand the positive impact modern zoos can make. A zoo is so much more than a place just to see animals. I think it’s important to shed light on the good work accredited zoos do, and perhaps show how far they have come since their days as roadside attractions.

I worked in the education department at the Toronto Zoo for almost four years, and what started as a fun summer job has turned into a lifelong passion. I’ve learned that modern zoos do not use animals for entertainment, but instead advance the well-being of animals not just in the zoo, but also in the wild. Zoos today focus on animal care, scientific research and, most importantly, species conservation.

Many people are surprised to find out how much of a role zoos play in the conservation of species. Good, accredited zoos work together to ensure the survival of these species. Through programs such as a Species Survival Plan, animals are chosen to breed based on the best genetic match, to help ensure genetic diversity and the overall health of the captive and wild populations.

Research is also a huge aspect of accredited zoos. Zoos allow scientists and conservationists to examine and understand animal behaviour, which is needed to protect wild species and ecosystems. Along with these important programs, zoos take part in local habitat restoration and have very successful species reintroduction programs. For example, the Toronto Zoo released a small population of black-footed ferrets into the wild, a Canadian prairie species once thought to be extinct.

Zoos have the ability to do what may be the most important thing of all: change people’s attitudes. In order to help wildlife and the environment, you have to make people care. For people who live far away from nature, visiting zoos allows them to connect with wildlife that they may never have the opportunity to see in the wild. The zoo does what no app or TV show can do: it provides a personal connection to wild species. Zoos can inspire kids to fall in love with nature and give adults the opportunity to reconnect with a part of themselves that they may have forgotten by learning about and seeing animals.

This may seem like wishful thinking, but it’s exactly what happened to me. As a kid, I wanted to be a zoologist, but slowly, over the course of high school, I spent less time outside and more time in front of my computer screen. My priorities started to shift back to those of my childhood self after I spent the summer after my first year of university at the zoo. I can say with certainty that if it wasn’t for my work with the zoo, I would not be working for the Nature Conservancy of Canada today.

Although they have a long way to go, and no zoological institution is perfect, there is no denying that zoos can and have played a huge part in the conservation of species and nature. With species and natural spaces declining at an alarming rate, zoos can help inspire people to be part of the solution.

Posted in: Animals, Time for nature 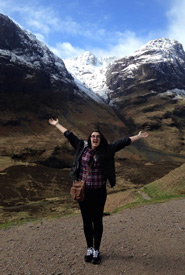