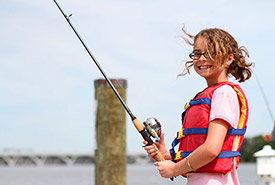 Child enjoying the weather and fishing (Photo by U.S. Fish and Wildlife Services Headquarters, CC BY 2.0)

One of my favourite things about fish is how deeply rooted they are in Canadian culture. From traditional depictions in Indigenous artwork to the crispy, flaky haddock served with a side of PEI potatoes at fish and chips joints across the country, fish have swam their way into the lives of Canadians, coast to coast.

When I talk to people about fish, they often bring up childhood memories of being by a riverbank with an elder family member ― rod in hand, smile on face and fish on line. These stories never get old to me; whether it’s the excitement of catching your first fish, a precious moment in an ice-fishing hut with someone who has since passed away or recalling the time my uncle had to choose between losing his lunch and reeling in a magnificent five-pound trout (spoiler: he chose the latter). I feel like nearly every Canadian has that one great fishing story in their repertoire, and feel instantly bonded to someone when I hear it. 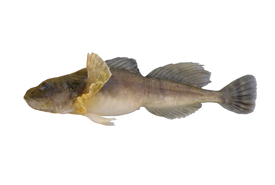 Fish have the power to create a community, in and out of the water. Within freshwater waterbodies across Canada, fish are a vital part of the food chain, acting as either the predator (in the case of larger species, such as trout and salmon) or as prey (in the case of smaller species, such as darters and minnows). Species such as sculpins are a great measurement of ecosystem health. Their presence can be indicative of a healthy habitat because they require high-quality water to thrive. The Nature Conservancy of Canada (NCC) works to conserve properties across Canada that have habitat with at-risk fish species, such as the westslope cutthroat trout in British Columbia and copper redhorse in Quebec.

Out of the water, fish, and the stories they evoke, have influenced Canadian customs and traditions. Coasts in Newfoundland and Labrador are often adorned with small, wooden buildings called fishing stages. These structures are built along the water’s edge, or by “landwash,” on an elevated platform or stage to account for the ebb and flow of the salty tide below. In most cases, tables or small sheds exist in close proximity of a fishing stage, where harvested fish are processed through salting and/or drying practices. 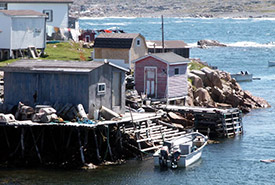 When picturing Canada’s Atlantic region, it’s easy to form mental images of the brightly coloured buildings made famous in this region. It is tradition to cover fishing stages with red ochre paint to make them stand out against the vibrant water below.

However, long before these iconic structures decorated the Canadian Atlantic region, Indigenous peoples developed effective ways to harvest fish. Indigenous peoples have a rich history of their methods of catching fish, recorded through oral traditions and archeological evidence. Although technology has changed the way many of us reel in fish, Indigenous peoples’ deep knowledge of a fish’s life cycle, including spawning and migration patterns, still holds true.

So whether you prefer to crouch around a small hole while ice fishing on a Canadian lake, or sit down to a plate of delicious rainbow trout with a group of your closest friends and family, fish remind us of our cultural past, our current traditions, their importance to Canada and the need to protect their habitats.

Photo of child and fishing rod (Photo by U.S. Fish and Wildlife Services Headquarters, CC BY 2.0)